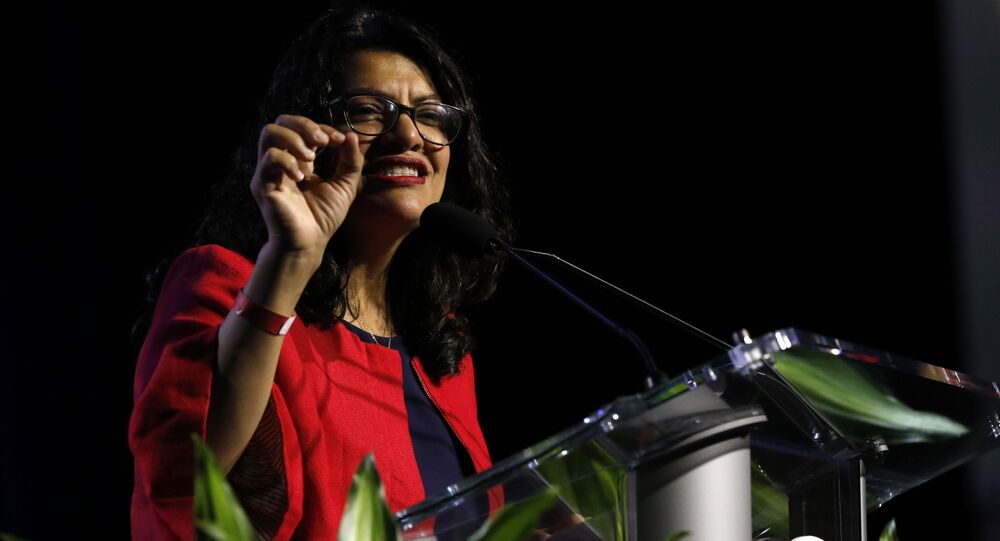 On 15 August, Israel barred Rashida Tlaib and Ilhan Omar, the US Congress’s first two Muslim women, from visiting the country, with Prime Minister Benjamin Netanyahu emphasising it was evident the two politicians intended to use the visit to harm Israel.

Democrat Rashida Tlaib attended a Shabbat event in Detroit on 16 August sponsored by a left-wing Jewish group supporting the boycott of Israel, reported The Times of Israel.

The event where the politician met with her supporters was organised by the Jewish Vote for Peace, a new group describing itself as a sister organisation to the Jewish Voice for Peace.

The Jewish Voice for Peace supports the movement Boycott, Divestment and Sanctions (BDS) against Israel.

This comes after the congresswoman revised plans of going to the West Bank to visit her grandmother despite being granted permission by Israel.

It was the “humiliating” terms under which permission had been granted, claimed the politician, as she rejected the visit hours after it was approved Friday.

​The same day US President Donald Trump weighed in on the developments, saying that Tlaib had “obnoxiously” turned down the chance to visit her grandmother.

​Israel was quick to respond to the congresswoman’s sudden rejection of the trip, with Israeli Interior Minister Aryeh Deri branding her actions a “provocation”:

Rep. Tlaib just tweeted that she won't be coming to Israel.
Just yesterday she sent me a letter, asking to visit her 90 year old grandmother saying, "it might be my last chance to meet her".

​Tlaib had filed a request to be allowed to visit her grandmother on humanitarian grounds, vowing not to promote boycotting Israel during her visit. The request was approved by Interior Minister Aryeh Deri.

Israel on 15 August barred Rashida Tlaib and Ilhan Omar, America's first-ever Muslim congresswomen, from visiting the West Bank and Jerusalem over their professed support for boycotting Israel, after initially saying they could go ahead with the trip.

Meanwhile, in a reference to how the visit of the two congresswomen to Israel had been allowed in the first place, Foreign Minister Israel Katz insisted his country’s Ambassador to the US, Ron Dermer, had acted without consulting him or Prime Minister Benjamin Netanyahu.
Dermer had announced on 19 July that Israel would allow the congresswomen to visit, telling The Times of Israel in a statement:

“Out of respect for the US Congress and the great alliance between Israel and America, we would not deny entry to any member of Congress into Israel".

Israel Katz also rejected reports that US President Donald Trump had pressured Israel to take a stance and bar the women from the country. The decision regarding the visit was taken before Trump tweeted support of a ban on Thursday, Katz claimed, adding:

“The decision was an Israeli one".

“Several days ago, we received [Omar and Tlaib’s] trip itinerary, which clarified that they planned a visit whose sole purpose was to support boycotts and deny Israel’s legitimacy. For example, they called their destination 'Palestine' and not 'Israel', and unlike all Democratic and Republican members of Congress before them, they did not seek any meeting with any Israeli official, whether government or opposition".