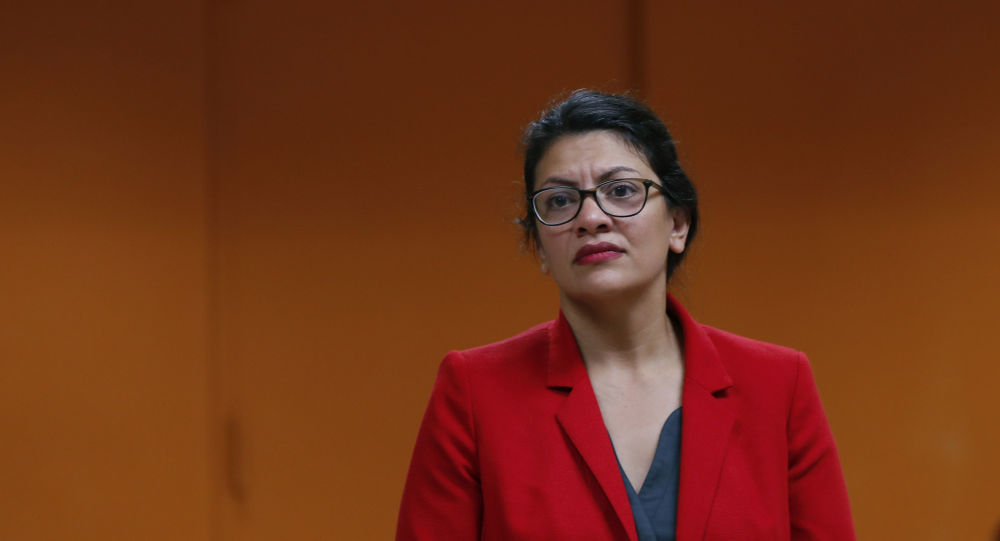 Israel permitted US Rep Rashida Tlaib to enter the West Bank as a private citizen to visit relatives, despite her support for the controversial Boycott, Divestment and Sanctions (BDS) movement. Tlaib denied the offer, however, noting that Tel Aviv would require her to make no mention of her political affiliations, a move “meant to humiliate her.”

“Trump tells me I should be happy Rashida is not coming. May God ruin him,” the grandmother reacted.

The 90-year old woman’s comment comes after the US Democratic Representative turned down Israel’s authorization to visit her relatives in the West Bank due to requirements from Tel Aviv that she not mention her support for BDS, a movement asking consumers to avoid purchasing products manufactured in Israel due to conflict with the Palestinians.

Muftia Tlaib, grandmother of U.S. Congress rep. @RashidaTlaib, is seen outside the family's home in the West Bank village Beit Ur Al-Fauqa on August 16, 2019. Israel had denied entry into the country to Rashida Tlaib & @IlhanMN earlier this week. Photos by Debbie Hill for @UPI. pic.twitter.com/nsrYkSBFAk

“The state of Israel respects the US Congress as part of the close alliance between the two countries. But it is inconceivable that Israel would be expected to let into the country those who wish to hurt it, including by means of the visit itself,” according to an Israeli Interior Ministry statement.

On Friday, the Israeli Foreign Ministry announced that it would allow Tlaib entry as a private citizen “on humanitarian grounds,” so that she could visit her aging grandmother, under the condition that she avoid expressing her political views.

Tlaib 3, however, and cancelled her trip, saying that current circumstances are “oppressive” and are “meant to humiliate me.”

“I have decided that visiting my grandmother under these oppressive conditions stands against everything I believe in – fighting against racism, oppression & injustice,” she tweeted.

She later modified her justification with a personal explanation.

“Visiting my grandmother under these oppressive conditions meant to humiliate me would break my grandmother's heart,” she said, according to National Public Radio.

Trump tweeted that the only winner in this situation is Tlaib’s grandmother, who will not see her granddaughter. The two reportedly have not seen each other since 2006, The Daily Mail report said.