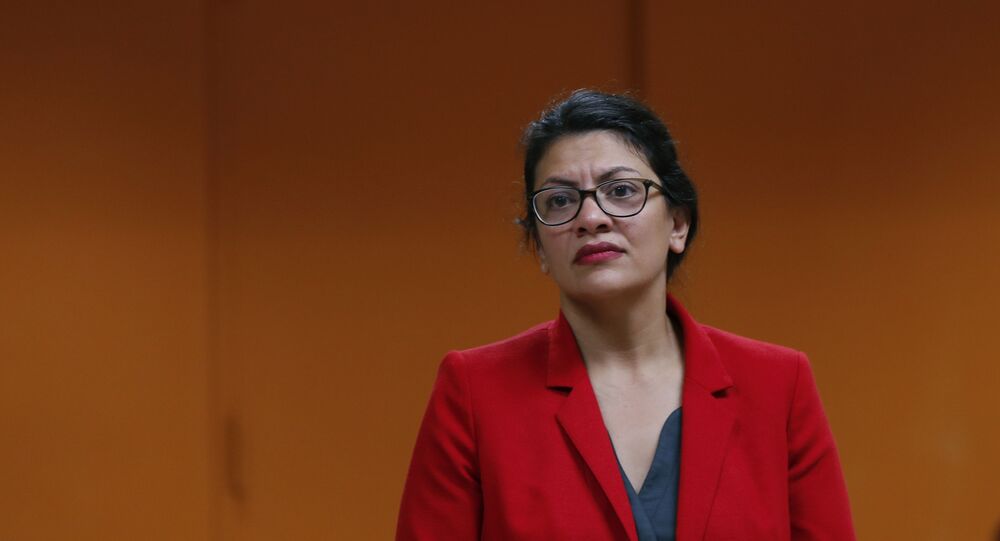 The decision to let Tlaib in comes a day after Israel's Interior Ministry blocked her and fellow Democratic congresswoman, Ilhan Omar, from visiting the country due to their support for the pro-Palestinian BDS movement.

Israel's Interior Ministry on Friday announced that it would let US congresswoman Rashida Tlaib in on “humanitarian grounds”, reversing its previous decision to bar her and Rep. Ilhan Omar from visiting the country.

In a letter to Interior Minister Arye Dery, Tlaib asked to be allowed into Israel to see her grandmother living in the Palestinian village of Beit Ur al-Fouqa in the northern West Bank.

“This could be my last opportunity to see her,” Tlaib wrote, vowing not to promote anti-Israel boycotts during her stay in the country.

Breaking: Israel’s interior minister just approved @RashidaTlaib’s petition to enter Israel 'on humanitarian grounds' to visit her Palestinian grandmother @ the West Bank. She had to promise not to promote #BDS during the visit https://t.co/e8K2ZgtOUQ pic.twitter.com/q9ULe25xX2

“Tlaib sent a letter last night to Minister Dery, in which she promised to hold to Israel's requests, respect the limitations put on her for the visit and also affirmed that she would not promote the boycott against Israel during her visit,” the minister's office said in a statement Friday, as quoted by Haaretz.

Arye Dery, in turn, said he was hopeful that Tlaib Arye Derywill stand by her obligations and the visit will be for humanitarian means alone.”

The decision by the Interior Ministry to block a planned visit by the two Muslim lawmakers has stirred controversy in the United States.

Prominent Democrats, including 2020 hopefuls Sanders and Warren, as well as House Speaker Nancy Pelosi, have denounced the move which was also criticised by several major US-based pro-Israel organisations.

And while it came amid a heated stand-off between Donald Trump and the Democratic Party (where the two Muslim lawmakers have emerged as the most vocal Trump critics), some critics have accused the Jewish State of bowing to pressure from the US president.

But Israel's ambassador to the United States reassured that the decision had nothing to do with Donald Trump.

He said that Omar and Tlaib were barred from visiting Israel because of their support for the pro-Palestinian Boycott, Divestment and Sanctions (BDS) movement, and cited a 2017 law authorising the government to prevent foreigners promoting a boycott of Israel from entering the country.

Prime Minister Netanyahu cited the law in a similar fashion in comments on the decision on Thursday, describing Tlaib and Omar as “leading activists in promoting legislation to boycott Israel in the US Congress.”