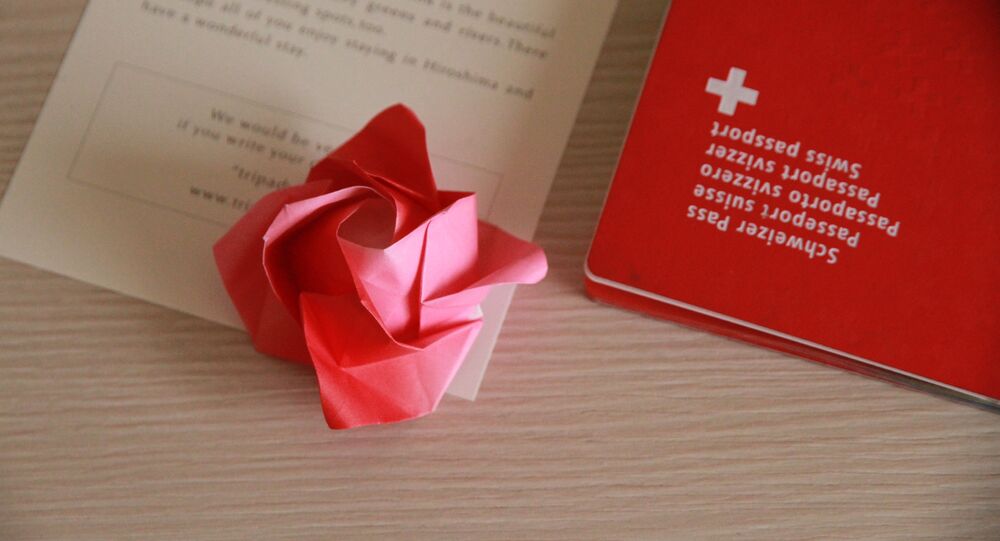 Candidates for Swiss citizenship are required to possess at least an elementary writing ability and intermediate spoken skills under the Common European Framework of Reference for Languages.

An Iraqi woman has failed her Swiss citizenship test after answering 'uh' over 200 times despite residing in the country for years and claiming to speak German, writes Swiss publication Blick.ch.

The woman lives with her husband, who was granted citizenship after two attempts.

The migrant, who is known to have engaged in charity work in her local community, has lived in Ingenbohl in the canton of Schwyz for 20 years.

According to local media, the woman - a mother of two - has the requisite social and political knowledge to obtain citizenship, but her German language skills appear to be seriously lacking.

Tape recordings from her citizenship test revealed that the applicant responded with “uh” a total of 204 times.

The failure didn’t stop the woman, who took her case to the Swiss Federal Court, as she claims the recordings of the test were made without her consent.

© REUTERS / Ruben Sprich
An assistant talks to a migrant in a Swiss Federal refugee center, set-up in a tank hall on the army base in Thun, Switzerland March 22, 2016

The ruling of the federal judge stated the Iraqi woman’s language diploma from the Vocational Training Centre Pfäffikon SZ was insufficient, and before reapplying for citizenship she should improve her command of Swiss German.

In delivering the verdict, the federal court judge did agree that there were concerns about the recording of minutes, but insisted the authorities had the power to take them.

Adequate language skills have always been necessary for Swiss citizenship, but requirements used to vary depending on the canton.

Under changes adopted in 2018, there is now a required minimum level of language proficiency. Candidates must demonstrate an A2 level writing ability (elementary) and B1 (intermediate) spoken skills under the Common European Framework of Reference for Languages.

Cantons are also free to set a higher bar if they decide.

One in five inhabitants in Switzerland are foreign-born -the highest rate in Europe after Luxembourg, according to swissinfo.ch.

Almost 2.1 million foreigners lived in Switzerland at the end of 2018, according to the Swiss Federal Statistical Office.