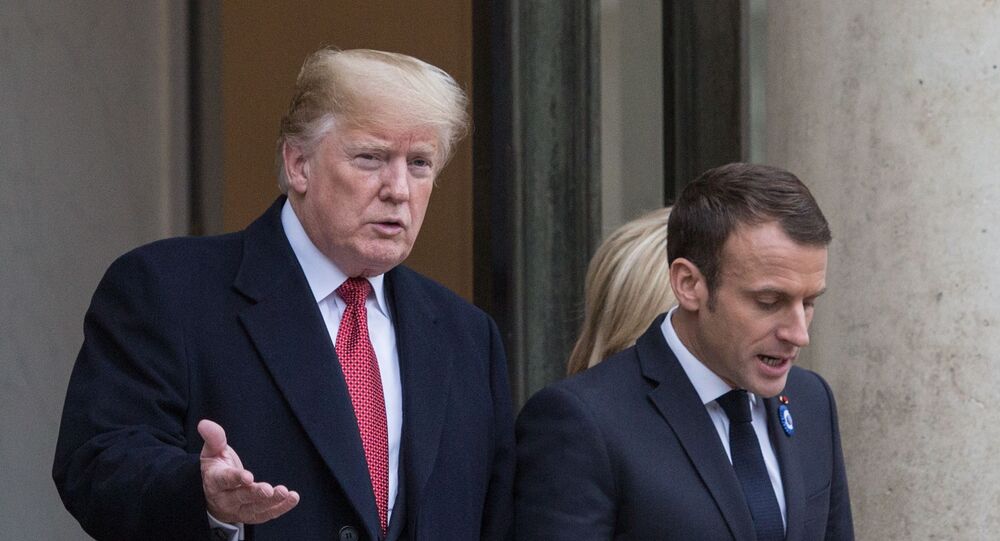 Tensions between the US and Iran have remained strained since Washington's withdrawal from the 2015 nuclear deal and subsequent oil tanker seizures.

US President Donald Trump has criticised French President Emmanuel Macron for sending 'mixed signals' to Iran, adding that no country is allowed to speak on behalf of the United States.

​It was not very clear which words by Macron Mr Trump was referring to. But the Al-Monitor reported earlier this week that the French president had invited his Iranian counterpart Hassan Rouhani to meet Trump at the G7 summit in Biarritz in late August. However, according to Reuters, a French diplomat denied the story on Wednesday.

Iran and the US are locked in confrontation over alleged Iranian attacks on shipping in the Persian Gulf and Strait of Hormuz and the US buildup of naval and air force power in the region. Iran is also suffering from US economic sanctions.

France, the UK and Germany have worked to save the nuclear deal after the US abandoned it last year and Iran subsequently announced that it would partially suspend some of its obligations related to uranium enrichment.