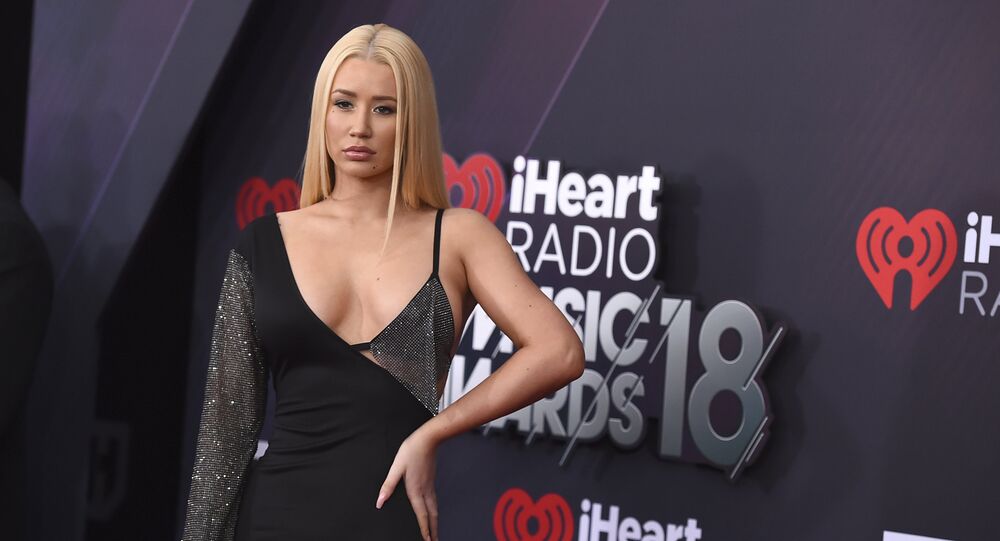 Australian rapper Iggy Azalea has fended off accusations of culture appropriation from time to time; she's currently gearing up for her comeback with a brand-new album: In My Defense.

Australian rapper Iggy Azalea has been fending off accusations of appropriating black culture in her music and image, claiming: “I’m still going to make the same type of music and still be ridiculous and larger than life. So I can’t be that f***ing sorry about it.”

In a recent Cosmopolitan cover interview, the infamous rapper said accusations that she built her career on black culture appropriation are nothing new to her, and insisted not everyone interprets her music thus.

Just wanted to say thanks so much to the @Cosmopolitan creative team for my beautiful cover.
the pictures are some of my most favorite, ever! 🧡
I also I wanted to mention today was my first time seeing the shoot & reading the article ⚠️ pic.twitter.com/iuhAb8CYbY

​“You could ask one person of the same race, ‘Does this affect you?’ and they will say yes. But another person will say no. They could be from the same place, same everything, but have different perspectives about it,” said the showbiz celebrity.

The singer also referred to her way of dealing with similar cultural appropriation accusations in the past.

“I would hit back and say, “What about this that I had to go through?’ because I wanted to talk so much about my experiences of things I didn’t have, and I think it felt like I wasn’t acknowledging that there is white privilege and there is institutionalised racism,” she said.

She added that she understands that the criticism stems from America’s relationship with race and that history is “f***ed up”.

The artist also tweeted her personal opinion on some of the other more sensitive aspects of her interview.

I noticed in the article some of our conversation was attributed to subjects I wasn’t asked about/ intending to commenting on.

To clarify:
I was asked how I deal with hate.
My response? it’s easier to deal with when you consider art subjective/a matter of personal taste 🧡🤷‍♀️

​Twitter users rushed to react, with some agreeing that art is always opinion-based.

art has and is always opinion based and I’ve never understood why people don’t understand that. The vision isn’t always interpreted the same way as the artist and that’s the beauty of it. I like butter on my toast but you may like jam or both. It’s a preference. Bye to them.

​​Other users voiced their unequivocal support for the rapper.

I do want to buy it because you are on the cover. Feeling disappointed they would write about somethings you didn't talk about though. Does it come out soon?

You are only existment white female rapper in game for A REASON.

​As Iggy was plugging her comeback album, “In My Defense,” which arrived last month, the 29-year-old rapper reflected on her loss at the 2014 Grammys for her hit song "Fancy," and how she cancelled a North American tour due to a "creative change of heart".

Azalea insisted she needed a break. Once she was ready to get back on her two feet, the Australian artist signed a $2.7 million partnership deal with Empire Distribution to become an independent artist, leaving her former record label, Island Records.

Now Azalea's officially back with a brand-new album and is prepared to make the best of her second chance.