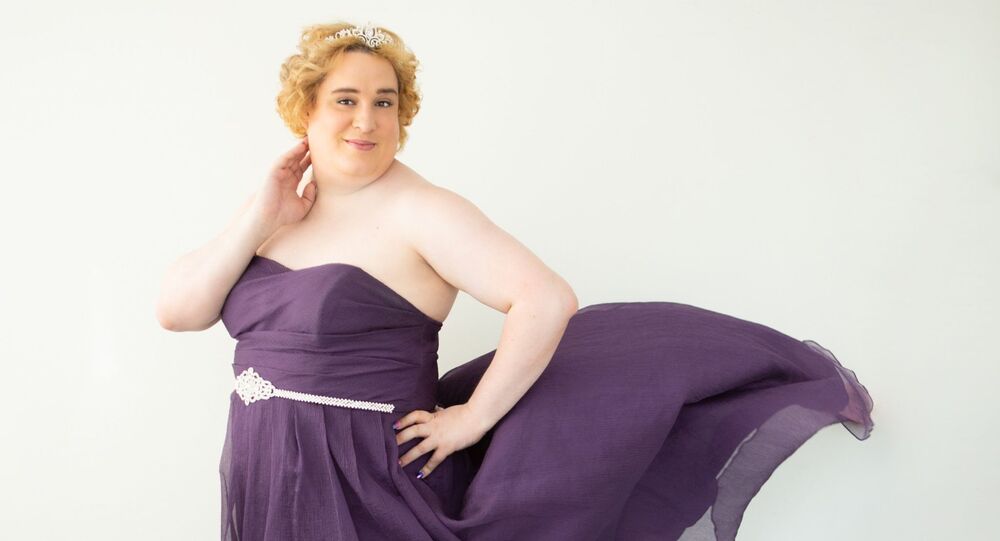 The cops apparently came just minutes after Yaniv wrapped up an explosive online debate with a transgender commentator, where at some point the trans woman brandished a stun gun.

Jessica Yaniv, a biologically male Canadian trans woman who rose to notoriety in the wake of a scandalous genital waxing case, was arrested on Monday after a livestream with Blaire White, the National Post reports.

Nearly an hour into the conversation, which has racked up some 740,000 views in just 24 hours, Yaniv zapped a taser on camera.

“I don’t need to be scared in my own house,” the trans woman said, acknowledging that the weapon was illegal in Canada (59:30 onwards).

Police showed up immediately, it emerged. “About three minutes after (the broadcast ended), I have RCMP showing up at my door and putting me into cuffs saying I have a prohibited weapon,” Yaniv told the National Post.

Yaniv said officers found and seized two personal stun guns, pepper spray and bear spray in the trans woman's apartment – all weapons, except for the latter, are prohibited under Canadian law.

Yaniv insisted that it was unfair, claiming to have repeatedly told police that the tasers and sprays for self-defence when calling them to report about online harassment.

The trans woman claims to have had a seizure while being arrested Monday, and was first hospitalised and then taken to a police detachment and locked in a cell.

The cops returned to Yaniv’s apartment the following morning, purportedly responding to her report about a child sexual exploitation photo that someone had allegedly sent on Facebook.

Police confirmed the arrest but did not comment on the charges, if there were any.

It comes after last week, Dan Dicks, a journalist with the conservative outlet Press for Truth, filmed a confrontation with Yaniv and her mother during proceedings at the British Columbia Human Rights Tribunal.

Dicks claimed that Jessica Yaniv assaulted and threatened him with pepper spray and that the trans woman refused to answer reporters’ questions.

So I was just assaulted, threatened with pepper spray and had the cops called on me by “Jessica“ Yaniv while covering his hearing! Stay tuned for a crazy video this dude is unhinged! @PressForTruth @LeighStewy

The tribunal is currently hearing Yaniv’s complaints against over a dozen female aestheticians, who denied the trans woman intimate waxing services.

Yaniv – who has yet to have a sex reassignment surgery and still has male genitalia – insists that the refusal to provide her with waxing and other gender-affirming services, such as facials, was unconstitutional.

But the defence team argued that Yaniv had specifically targeted women with an Asian background, knowing they would deny the service on religious or cultural grounds.

After the waxing case made international headlines, several conservative Canadian outlets began exposing Yaniv’s questionable record of communicating with minors in the past. Screenshots have emerged of vulgar sexualised messages that Yaniv had allegedly sent to underage girls on Facebook, and at least one woman has reported the trans woman to the child-exploitation tipline. Yaniv insists that the incriminating screenshots are fake and claims to have done nothing wrong.