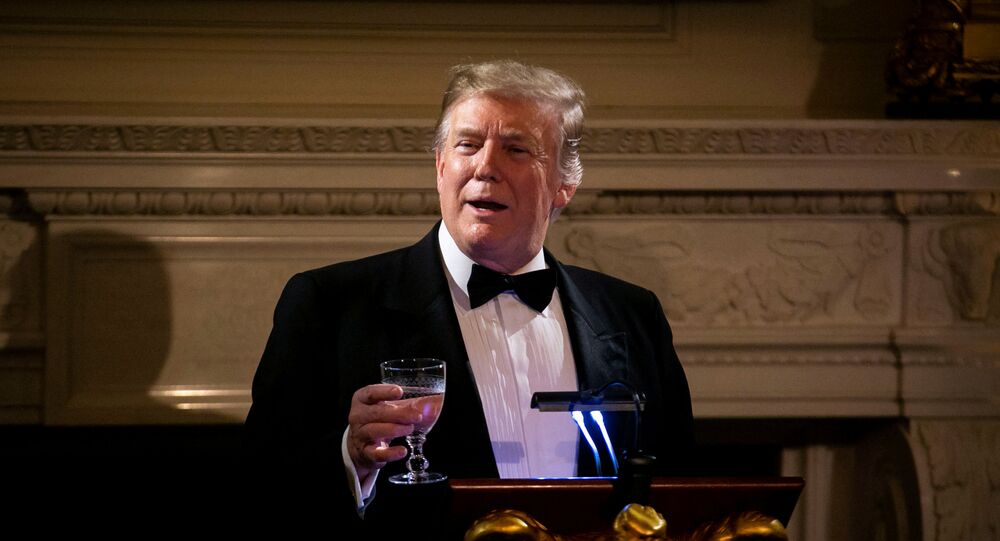 Earlier, the United States and South Korea agreed to hold "reasonable and fair" discussions on sharing the cost for maintaining the US force stationed in South Korea.

Commenting on the issue, US President Donald Trump tweeted that South Korea has agreed to pay more money to the United States in order to “defend itself from North Korea”.

...Talks have begun to further increase payments to the United States. South Korea is a very wealthy nation that now feels an obligation to contribute to the military defense provided by the United States of America. The relationship between the two countries is a very good one!

​Since taking office, Donald Trump has always demanded that South Korea increase its share of the cost of the US military presence in the country.

In February, South Korea and the United States signed have an agreement on a cost-sharing plan to keep US forces on the Korean Peninsula.

US troops have been deployed to South Korea since the 1950s. Currently, they amount to around 28,500 US soldiers.

South Korea, US Agree to Discuss Cost Sharing for US Troops in 'Fair' Way - Reports