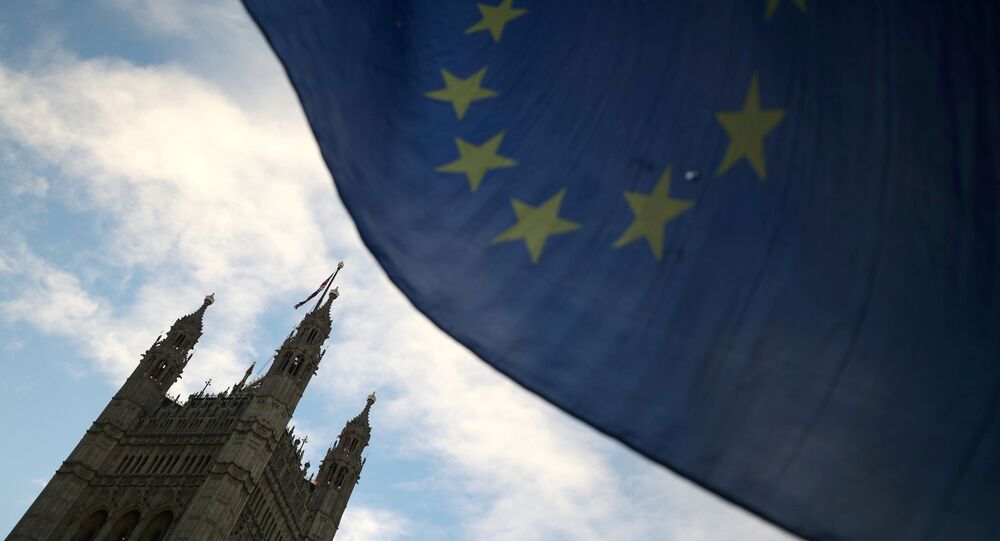 China and the European Union have both been accused of unfair trade practices by the Trump administration, while the EU has started to show signs of an economic slowdown as it prepares for a potential no-deal Brexit.

Dutch and Irish government bond yields turned negative for the first time on Monday as euro zone yields plummeted amid the ongoing US-China trade war and rising concerns over a no-deal Brexit, according to London South East (LSE).

The decline in European bond yields comes after Germany's yield curve turned negative for the first time on Friday.

The fall in bond yields comes despite reports that the German economy faces a serious economic slowdown and even recession.

According to Reuters, investors are allegedly turning to less risky assets following an escalation in the US-China trade conflict.

Dutch 30-year bond yields fell to a low of -0.053%, making the entirety of the yield curve negative for the first time ever.

Despite being in the grip of political uncertainty, Italian and Spanish bonds also fell by 4 basis points, indicating a potential for Italy's economy to recover.

This reflects a rise in business confidence in Italy, according to data from IHS Markit and the national statistics bureau (ISTAT).

Italy has had a tense relationship with the EU since the populist Five-Star/League coalition came to power and introduced budget proposals in breach of EU deficit rules.

Despite accusations of artificially devaluing its currency, China allowed the yuan to fall below 7 per dollar for the first time in over a decade.

Some analysts say that the collapse in yields indicate a decision by Chinese authorities to invest in Bunds rather than US Treasuries.

"The CNY above 7 has triggered more risk off in global bonds which is why safe-haven bond yields have continued to fall,: said Rainer Guntermann, rates strategist at Commerzbank.

"There is speculation that the PBoC could intervene and buy bunds," added Guntermann. "If they were to slow the weakening of the CNY they would buy Treasuries, but in this situation they could switch towards Bunds," he added.

Both China and the EU have been the target of US sanctions with President Donald Trump claiming an unfair trade balance between the US and the two economic blocs.

The Trump administration has threatened to impose increased tariffs on EU imports, to which the EU has responded by proposing tariffs of its own.

The devaluation of the Chinese currency potentially provides an advantage to Chinese producers selling goods in the US.