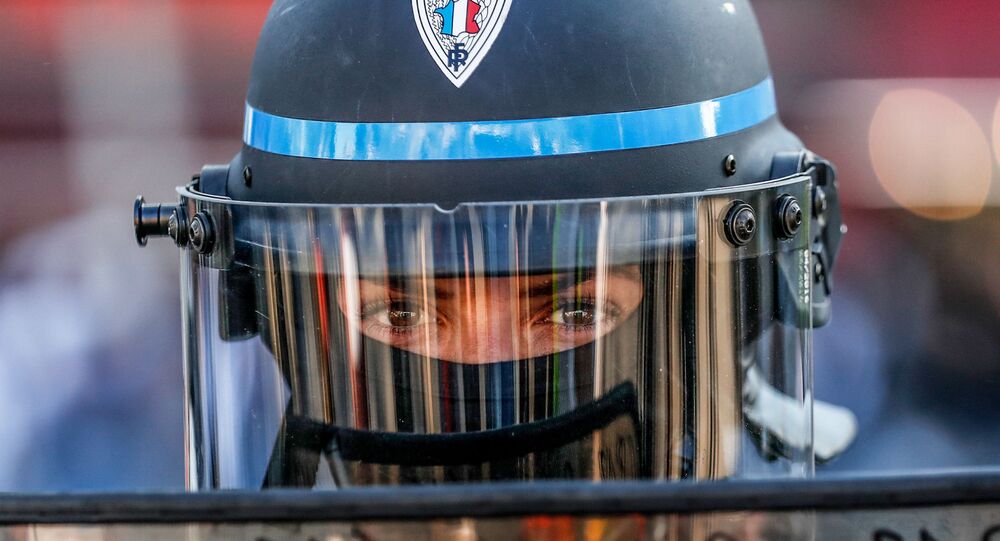 From 38-Euro Fine to 10 Years in Jail: How US & Europe Tackle Participants of Unauthorised Rallies

For a second consecutive week, protesters are taking part in unauthorised pro-opposition rallies in the centre of Moscow, with police arresting over a thousand demonstrators. Most of them have already been released, while roughly a dozen are subject to criminal prosecution for assaulting law enforcement officers.

On 27 July, Russian police arrested over a thousand protesters for breaching public order during an unauthorised rally in front of the Moscow City Government building organised by opposition political figures who failed to register as candidates for the upcoming local parliamentary elections.

Rallying along Moscow's main streets, some demonstrators used pepper spray, hurled bottles, and even a trash bin at law enforcement officers. The majority of protesters have been released, while about a dozen people are facing criminal investigation for fuelling riots.

The following day, the UK Foreign Office voiced concerns over the detention of protesters, hinting at Russia’s obligations under international human rights law, while the US Embassy in Moscow said that the “clampdown” undermined citizens’ rights.

As the Moscow rallies resumed on 3 August and hundreds of people were arrested for violating the public order, here’s a look at how other countries around the world punish demonstrators for unlawful assembly.

The First Amendment to the US Constitution gives Americans the right to assemble; however, there are laws that make it a crime to assemble and to not disperse when ordered to do so. Just like in many other countries, there’s a reasonable requirement to obtain a demonstration permit before staging any kind of rally in a public space, and each state has its own laws providing criminal penalties for breaching peaceful protest regulations.

As for Washington, failure to disperse is considered a misdemeanour that can be punished by imprisonment for no less than 24 consecutive hours, and by a fine of up to 250 dollars. In New York, unauthorised assembly is classified as a Class B Misdemeanour, which is punishable by up to 90 days in jail.

The United Kingdom, an ardent advocate of freedom of assembly – if they’re peaceful, has its own rules when it comes to illegal protests. In line with the 1986 Public Order Act, in case of unauthorised or prohibited mass events that impede the movement of vehicles or pedestrians, British police have the right to independently take measures to stop them, including with the use of force.

Thus, organising an unauthorised rally in a designated area, including around Parliament, is punishable by six months in prison and/or a fine, while participants of such an event are fined.

In France, which has been swamped by an anti-government protest movement known as the Yellow Vests for 38 consecutive weeks, organising an action on any public street without an application is a criminal offense that provides for six months of imprisonment and a fine of 7,500 euros, in accordance with article 431-9 of the Criminal Code.

In light of the ongoing demonstrations, which are marked by clashes between demonstrators and police officers, the country’s government has proposed toughening the “anti-riot” law, which would give the authorities the right to bar individuals who have been engaged in violence from protesting. 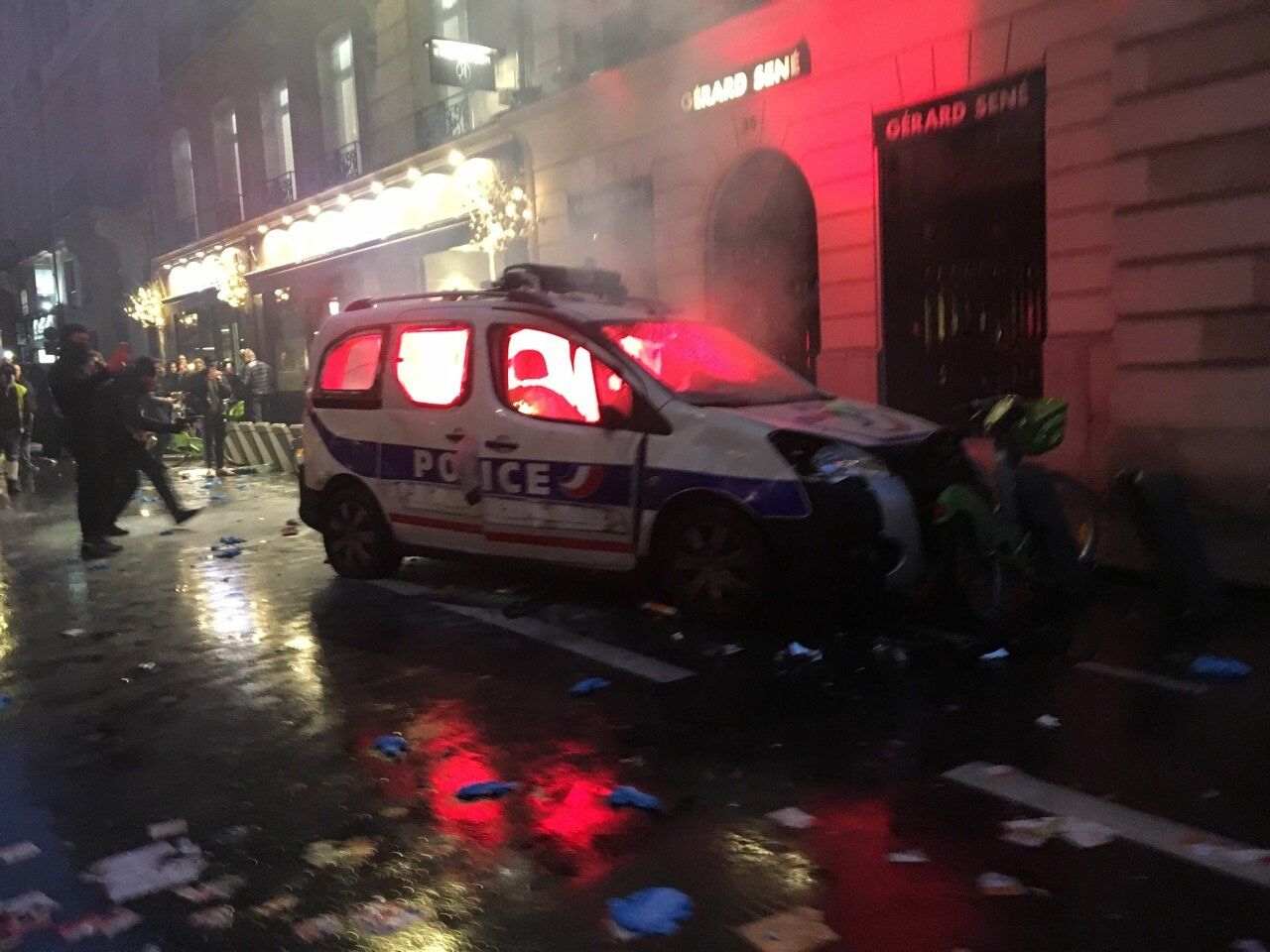 Failure to obey the police during an unauthorised rally in France provides for a fine of up to 38 euros, with law enforcement agencies having the right to disperse those gathered by force after two inconclusive calls to disperse. In this case, they also face criminal liability, including up to a year in prison and a fine of 15,000 euros.

If a protester hides their face, they can get a three-year prison sentence and be obliged to pay a 45,000-euro fine.

In Germany, anyone who participates or calls for a demonstration in prohibited areas may be fined up to 30,000 euros and imprisoned for up to a year, while those who hold a rally that is not at the agreed location, but in a completely different one, may have to serve a six-month jail term.

Protesters violating public order by committing violent acts, including throwing objects at the police, building barricades, breaking windows, and using any weapons, will be either fined or punished with a prison sentence of up to three years. According to the law, cases where protesters use and hurl dangerous objects such as glass bottles or stones with sharp edges constitute a particularly serious case of breaching the peace and provide for imprisonment for up to ten years.

Protests in Spain have always served as a way to express discontent with the government’s social and economic policies. But there certainly are appropriate regulations: for instance, if Spaniards fail to notify authorities about an upcoming rally, even a peaceful one, in public areas, they will inevitably be slapped with fines of up to 600 euros.

At the same time, once the rally is approved, the penalties could skyrocket to up to 30,000 euros if a demonstration ends up in “serious disturbances of public safety” near parliament or regional government buildings, whereas staging protests without authorisation around key infrastructure could force them to plank down a whopping 600,000 euros in fines.

While Italy favours a freedom of assembly, its laws require that the organisers notify the authorities no later than three days in advance. For any participant falling within the definition of “undesirable crowds” of over 10 people, the law provides for imprisonment of up to one year, as well as an administrative fine of 206 to 413 euros.

Holding an event in a public place is only possible with a green light from the police and local authorities. If a protester attacks a police officer, they will receive a prison sentence of six months to five years.

Holding and participating in peaceful rallies without preapproval in Turkey is guaranteed by Article 3 of the Law on Rallies and Demonstrations; however, protesters must make sure that the slogans under which these events take place do not contradict the law.

Thus, organisation of and participation in an illegal rally or demonstration provides for up to three years in prison; obstructing a law enforcement officer by using force or resorting to violence or threats will result lead to confinement for two to five years; resisting, insulting or attacking authorities in order to disrupt a peaceful rally or march provides for 1.5 to three years in jail.

If participants of an unlawful assembly choose to proceed with the illegal act despite multiple warnings and even the use of force, they will be imprisoned for a term of six months to three years. If the crime is committed by the organiser of an illegal rally, the punishment increases by 50 percent.

While there’s no need to obtain demonstration permission in a public place, the local authority must be notified of it at least five days in advance. Czech law requires that the organiser of the meeting is obliged to comply with the instructions of the authorities, including the police, make sure that the demonstration is peaceful, that participants do not carry any items that could be harmful to others’ health, and disperse when told. In addition, they are not allowed to hold rallies in certain areas near the parliament building.

If protesters fail to abide by these conditions, they can receive fines of 5,000 (roughly $215) to 10,000 ($431) crowns with possible property seizure. Other offenses are punished more severely, for instance, attacking a law enforcement officer on duty will result in up to three years in prison; if serious harm is caused, then the sentence may be extended to up to 10 years.

In Sweden, in case of violation of the law, protesters face fines or up to four years in prison.