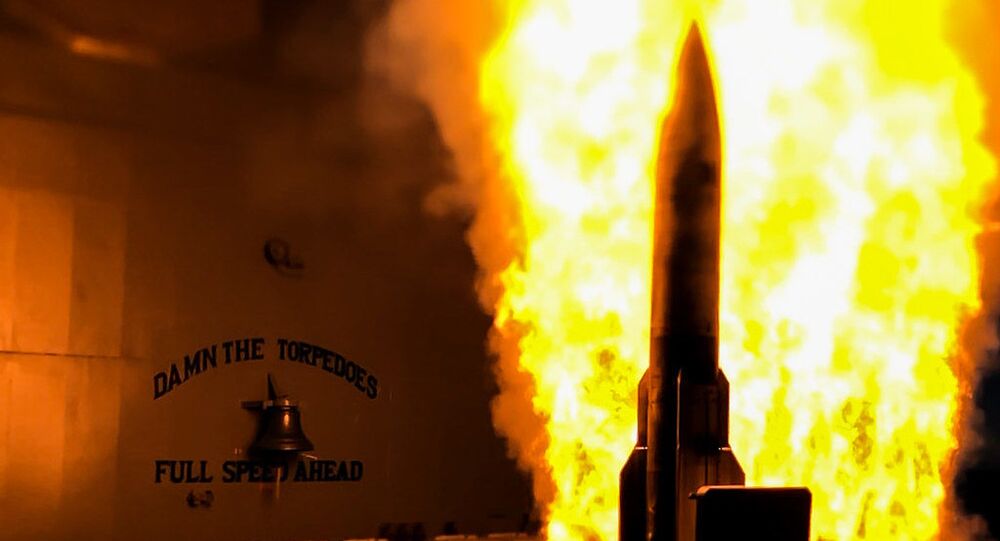 The US officially withdrew from the Intermediate-range Nuclear Forces (INF) Treaty on 2 August after announcing the move in February. Both Washington and Moscow had mutual questions about the treaty's compliance, but the former decided to abandon the deal instead of salvaging it.

The Russian Foreign Ministry has called the US decision to withdraw from the INF Treaty a "grave mistake". The ministry noted that the move was preceded by deliberate efforts on the part of Washington to undermine the accord, creating a pretext for its collapse, and saying those efforts indicate that the US has steered a course to destroy all international agreements that doesn't suit Washington for any reason.

"Having launched a propaganda campaign, based on deliberately misleading disinformation about Russia's alleged violations of the INF, the United States has intentionally created a literally insurmountable crisis around the treaty", the ministry's statement read.

The Foreign Ministry said that the INF withdrawal indicates an imminent need for stabilisation in bilateral relations between the US and Russia and added that Moscow remains open for a dialogue on the restoration of mutual trust and strengthening of global security.

The ministry also called on the US to discard plans for deploying short- and medium-range missiles and promised that in this case, Russia won't be deploying similar armaments in response. The statement noted that otherwise all responsibility for the escalating tensions will lie on Washington's shoulders.

"We have already introduced a unilateral moratorium and will not deploy medium-range and short-range ground-based missiles, if we ever obtain such, in those regions, where similar American armaments won't be present", the statement said.

Russia’s Foreign Ministry also recalled that Washington has ignored Moscow's "serious concerns" over the former’s compliance with the INF for years. Namely, Russia indicated that American strike drones do fall under the description of missile in the accord's text and they operate in ranges, prohibited by the INF - between 500 and 5500 kilometres. Additionally, Moscow pointed at the deployment of ground-based Aegis Ashore systems in Europe, derived from the Aegis Shield system capable of launching non-INF compliant Tomahawk missiles.

© AFP 2021 / DANIEL MIHAILESCU
The US anti-missile station Aegis Ashore Romania is pictured at the military base in Deveselu, Romania

The US formally withdrew from the INF Treaty on 2 August after announcing the move in February 2019, using alleged Russian violations of the treaty as the pretext. Moscow has insisted that it provided all materials, proving its missiles comply with the accord, but the US turned blind eye to them.

Following the announcement in February, Washington started mulling possible deployments of new conventional missiles, previously banned by the INF in Europe, although refrained from idea of sending new nukes. Russia has repeatedly warned the US against this step, noting it will be forced to target the launching sites in Europe.