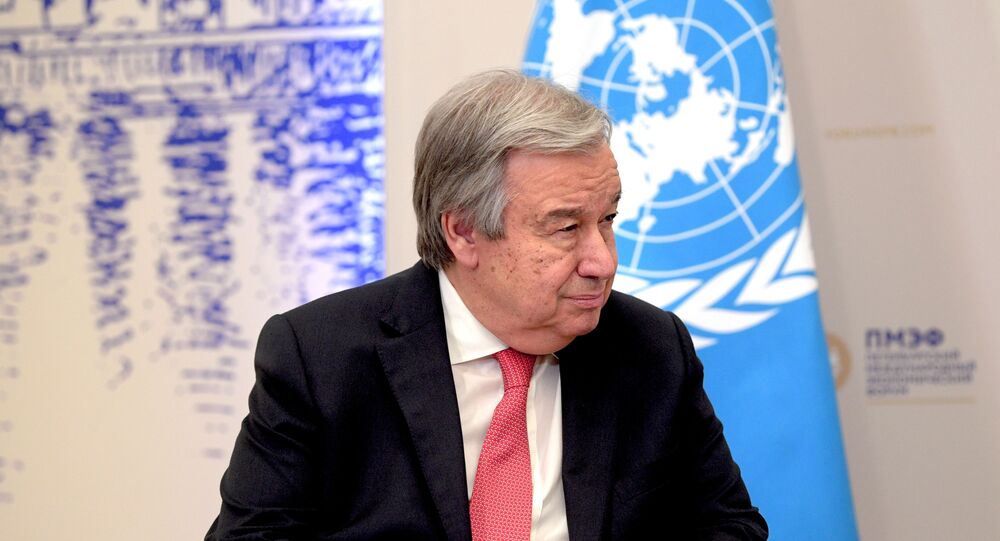 "The Intermediate Nuclear Forces Treaty - the INF - is a landmark agreement that helped stabilize Europe and end the Cold War. When it expires tomorrow, the world will lose an invaluable brake on nuclear war.  This will likely heighten, not reduce, the threat posed by ballistic missiles", Guterres said on Thursday. "Regardless of what transpires, the parties should avoid destabilizing developments and urgently seek agreement on a new common path for international arms control".

US President Donald Trump’s decision to withdraw from the INF treaty becomes official on 2 August, six months after Washington announced its intention to suspend its treaty obligations. Earlier in the day, US National Security Adviser John Bolton confirmed the United States would withdraw from the treaty on Friday.

"I strongly encourage the United States and the Russian Federation to extend the so-called ‘New Start’ agreement to provide stability and the time to negotiate future arms control measures", Guterres told reporters. "I also call on all State Parties to work together at the 2020 Review of the Treaty on the Non-Proliferation of Nuclear Weapons to ensure the NPT remains able to fulfil its fundamental goals – preventing nuclear war and facilitating the elimination of nuclear weapons".

The United States formally suspended its obligations under the INF Treaty in February, accusing Russia of numerous violations of the deal. In July, Russian President Vladimir Putin responded by signing a decree that would suspend Russia's participation in the accord.

The INF Treaty requires the United States and Russia to eliminate and permanently forswear all of their nuclear and conventional ground-launched ballistic and cruise missiles with ranges of 500 to 5,500 kilometres (310 to 3,417 miles).

New START was signed in 2010 and is currently the only Russian-US arms control deal. Russia has repeatedly stressed that it is open to a dialogue on the future of the treaty.