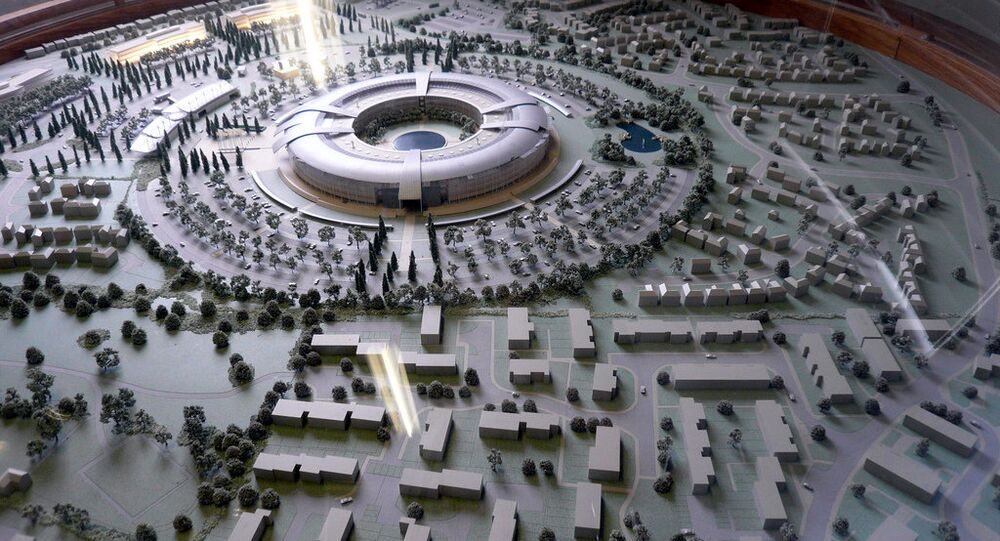 UK and US claims about ‘Russian meddling’ in the Brexit referendum and the 2016 US presidential election are nothing new, with recently appointed UK Prime Minister Boris Johnson saying he has “no evidence of Russian interference” in Brexit, and President Trump repeatedly accusing opponents of using Russiagate to try to stage a 'coup' against him.

An unnamed 'informed source' has told The Guardian that in 2016, now retired FBI deputy director Andrew McCabe and his British counterpart Jeremy Fleming, then serving as deputy director general of the UK’s Government Communications Headquarters (GCHQ), exchanged a series of texts about possible Russian interference in the Brexit vote, and alleged collusion between the Trump presidential campaign and the Kremlin.

Butting In on Brexit

According to the newspaper's source, McCabe and Fleming were surprised by the results of June 2016 EU referendum, and indicated this sentiment in their back and forth texts, with US officials said to have called the referendum results a “wake-up call” about the success of alleged Russian efforts to meddle in UK politics.

The claims run contrary to statements made by Boris Johnson, who, during his tenure as foreign secretary, said that he saw “no evidence’” of any successful Russian meddling in Britain’s democratic process, or the Brexit referendum. Moscow similarly dismissed the meddling claims, saying those who made them have offered zero substantiated evidence.

Following the referendum, UK lawmakers asked authorities to investigate the scale of alleged Russian meddling, with media reporting on massive troll farm operations on Facebook and Twitter reportedly trying to influence the vote by posting pro-leave messages from fake users. However, last month, Facebook said that there was "absolutely no evidence" that Russia swayed the 2016 vote in any way, reiterating statements the company has been making since 2017. In 2018, Twitter also challenged claims of a Russian troll influence campaign, reporting that just some 49 accounts thought to originate in Russia posted tweets about Brexit ahead of the vote, making up just 0.005 percent of accounts tweeting about the referendum.

According to The Guardian’s source, after the Brexit vote, the McCabe-Fleming texts turned to talk of Russian meddling in the US election, with one text from August 2016 referring to a meeting between members of the FBI and MI5 to discuss “our strange situation,” in reference to the alleged collusion situation.

The off-again-on-again messages, most of them cryptic and avoiding reference to any specific details, are “new insights into the start of the FBI’s Russia investigation, and how British intelligence appears to have played a key role in the early stages,” the newspaper suggested.

The FBI opened a secretive counterintelligence operation codenamed ‘Crossfire Hurricane’ into possible links between the Trump campaign and Russia in July 2016, at the same time that the senior FBI and GCHQ officials were supposedly exchanging their texts, with that investigation soon rolling over into the Mueller probe.

Claims about possible Trump-Russia collusion finally collapsed in April 2019, after special counsel Robert Mueller released a 448-page report following a two year investigation, showing that he could find no evidence that anyone from the Trump campaign knowingly colluded with any Russians. As with the Brexit case two years earlier, the 'evidence of Russian meddling' presented in the report again boiled down to alleged Russian troll farms; however, these claims by Mueller were themselves debunked for being misattributed, and grossly ineffective, given, for example, that the so-called trolls posted over half of the messages supposedly aimed at influencing the US election in Russian.

The Democrats’ collusion claims took another hit last week during Mueller’s testimony to Congress, and his failure to provide any grounds to revive the Russiagate claims.

A spokesman for McCabe declined to comment on The Guardian’s piece. The official temporarily served as Trump's acting director of the FBI for several months in 2017, after James Comey’s dismissal. McCabe was fired in 2018 by then Attorney General Jeff Sessions after being charged with making unauthorised releases of information to the media, and of misleading agents who questioned him about it. McCabe has since proposed that Trump’s cabinet suspend the president from office over his alleged obstruction of justice and work “on behalf of Russia against American interests.” Trump and his allies have blasted such proposals as a call for a “coup” against the elected president.

Since his reported communications with McCabe in 2016, Fleming has been promoted, and now serves as director of the GCHQ.

The UK’s activity in the early stages of the Trump-Russiagate investigation has been put under the spotlight in recent months after it was reported that the so-called Steele dossier, created by former British intelligence officer Christopher Steele, was vetted by MI5 and MI6 ahead of its release. Steele made a variety of bizarre claims about Trump’s suspected ties with Russia, including allegations that Russian intelligence had compromising information on him, forcing him to do their bidding. That report was thoroughly discredited by US media shortly after its release.