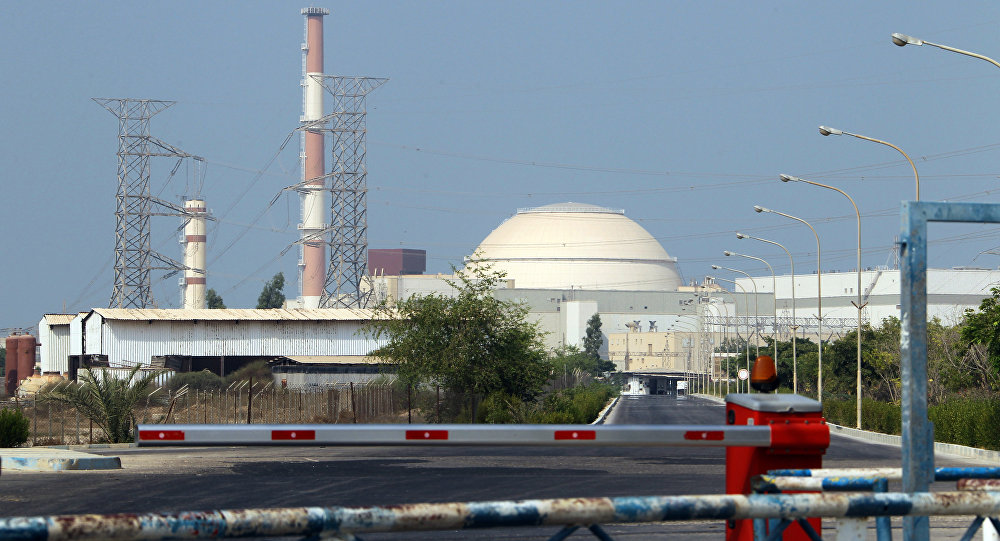 In May, the US extended key sanctions waivers on Tehran’s civilian nuclear programme for 90 days, a year after Washington unilaterally withdrew from the 2018 Iran nuclear deal. The waivers stipulate the continuation of work at the Arak, Fordow and Bushehr power plants and facilities in the Islamic Republic.

Washington may announce the renewal of sanctions waivers for five Iranian nuclear power plant programmes later this week, in a move that is expected to help Russia, China and a number of EU countries continue to pursue civilian nuclear cooperation with Tehran, the Washington Post reports.

The newspaper quoted unnamed sources as saying that the issue was discussed during President Donald Trump’s meeting with Treasury Secretary Steven Mnuchin at the White House last week.

Mnuchin “argued to Trump that if the sanctions were not again waived as required by law by the first of August, the United States would have to sanction Russian, Chinese and European firms that are involved in projects inside Iran that were established as part of the 2015 [Iran] nuclear deal”, the sources said.

At the same time, one of the sources said that ending the sanction waivers for Iran’s nuclear programmes remain on the table and that the Treasury Department is considering the effects of possible sanctions on Russian, Chinese and European companies.

“These [sanctions] waivers can be revoked at any time, as developments with Iran warrant. But because of the Treasury Department’s legitimate concerns, we’ve decided to extend them for now”, the source pointed out. The State Department has yet to comment on the matter.

The developments come after the US State Department extended five of its seven sanctions waivers for 90 days in May, adding that the measures are renewable. The waivers specifically allow for work to continue at Iran’s Bushehr nuclear plant, the Tehran Research Reactor as well as the Fordow enrichment facility and the Arak nuclear complex.

"In combination with our sanctions, these non-proliferation activities enhance our ability to constrain Iran’s [nuclear] programme and keep pressure on the regime while we pursue a new, stronger deal," the US State Department said at the time.

On 8 May 2018, President Trump announced Washington’s unilateral withdrawal from the Iran nuclear deal, also reinstating harsh economic sanctions against the Islamic Republic. Washington has repeatedly accused Iran of attempting to obtain a nuclear weapon, with Tehran stressing that its nuclear program is pure peaceful.