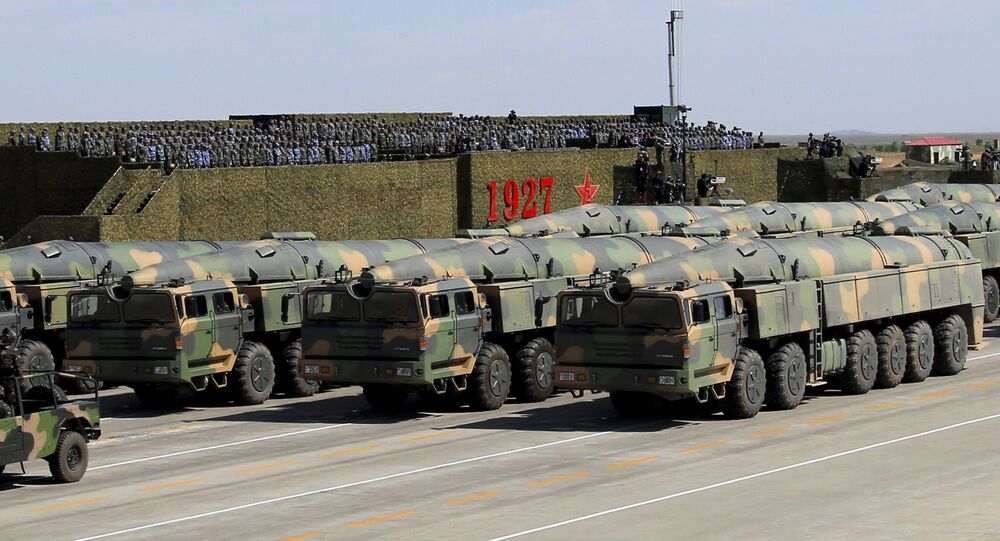 Kono has said that the world needs a new structure that would unite the so-called nuclear five — Russia, the United States, China, the United Kingdom and France — and replace the INF treaty, in which both the United States and Russia have suspended participation.

"As for making the INF multilateral, we have already said that this is a bilateral deal between Russia and the United States. If the agreement becomes multilateral, this will influence a whole range of complex political, military and legal issues .... The Chinese side does not give its consent," Hua said at a briefing, commenting on Kono's suggestion.

Donald Trump first announced his intention to withdraw from the arms control treaty last October, arguing that it was "unacceptable" for Washington to continue to adhere to the agreement while both Russia and China were allegedly developing weapons prohibited under the treaty.

In February, the Trump administration announced that the United States would exit the Intermediate-Range Nuclear Forces (INF) treaty, which prompted Russia to undertake a reciprocal action after the two sides exchanged allegations of treaty violations. The US suspension of the INF treaty will become official on August 2.

Both Moscow and Washington have repeatedly accused each other of INF Treaty violations. The United States has been claiming that Russia allegedly tested and deployed the 9M729 ground-launched cruise missile, arguing it has a range of more than 500 kilometers, which contradicts the treaty. Russia has denied the allegations and said the US Aegis Ashore MK-41 defense system can be used to launch cruise missiles at prohibited ranges.