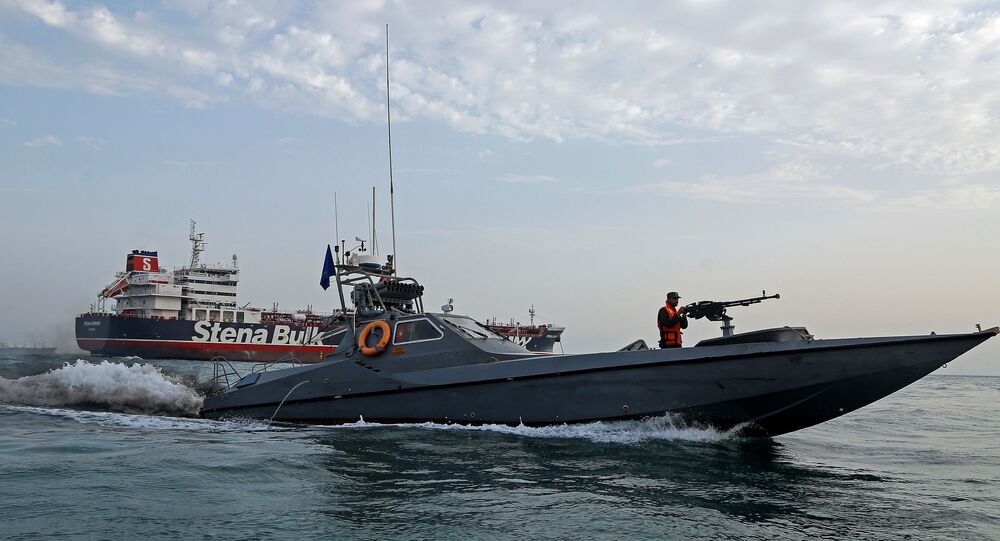 WASHINGTON (Sputnik) - US Secretary of State Mike Pompeo on Monday said that the United States and its allies will make sure that the Strait of Hormuz remains open, even though building out a maritime security alliance will take more time than originally planned.

"We are going to keep them open," Pompeo said during an event hosted by the Economic Club of Washington. "We are going to build out our tanker attack security plan. Countries from all across the world who have a vested interest in keeping those waterways open will participate. It will take more time than we wish it would take, but I'm very confident everyone understands its importance."

Pompeo said that the US is working with the UK after Iran’s Islamic Revolutionary Guard Corps seized the British Stena Impero tanker on July 19.

He added that the US was working with the UK to find a solution that will bring the matter to justice and prevent such incidents from happening again, he said.

The tanker’s 23-member crew, including three Russian citizens, have since remained on board the vessel. Iran has claimed that the ship had breached the rules of international navigation.

The Stena Impero incident is allegedly Tehran's response to the seizure of an Iranian tanker by UK marines off the coast of Gibraltar on 4 July. The oil tanker, Grace 1, was suspected of violating EU sanctions against Syria.

Since 12 May, several oil tankers have been attacked in the Strait of Hormuz. The United States and its allies have blamed Iran for the incidents, while Tehran has denied its involvement.

The incidents began not long after Washington on 5 May started building up its military presence in the Middle East, deploying an aircraft carrier strike group, Patriot missiles, B-52 bombers, F-15 fighters and other hardware to the region. US National Security Adviser John Bolton said at the time that the deployment came in response to an unspecified threat and was intended to send a "message" to Iran.

On 19 July, the United States invited more than 60 nations to a closed-door briefing on a new initiative to achieve maritime security in the Middle East.

US Secretary of State Mike Pompeo also said on Monday that Washington hopes that Moscow will be supportive of the efforts to engage China in negotiations on nonproliferation.

"We think in today's world China has to be part of this, and I hope [Russian] President [Vladimir] Putin will support us," Pompeo said at the Economic Club of Washington.

In May, US President Donald Trump said he would soon launch bilateral talks with Russia on a new nuclear arms control deal that could see both countries reduce their arsenals, adding that the negotiations could eventually be expanded to include China. However, Chinese officials have ruled out any participation in US-Russian arms control negotiations even if they could be revived.

Pompeo emphasized that the United States and Russia have a strategic dialogue and said that he hopes this dialogue will help both countries to solve the issues of proliferation.