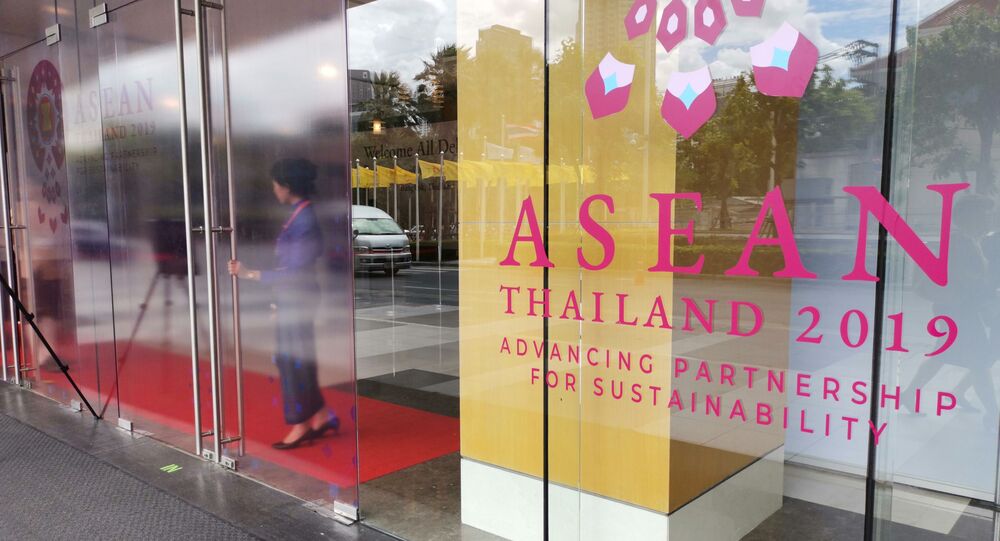 Thailand’s resorts might not be as crowded as usual at the end of July, since it’s the middle of the rainy season. But it’s definitely a busy period in the capital Bangkok, which is hosting top level ASEAN ministerial meetings.

Thailand’s capital is hosting a number of ASEAN-related events this year, but the 52nd Foreign Ministers’ meeting is one of the most important.

Organisers of Thailand’s ASEAN did their best to demonstrate the host nation’s hospitality and traditions. The media centre on the 22nd floor of the Centara hotel has stunning views of the capital’s skyline. Journalists are offered a variety of authentic Thai dishes at the restaurant pic.twitter.com/ryKhDPFEeh

​Despite being a regional forum with a focus on Southeast Asia, ASEAN, which was established in 1967, says it is now open for cooperation with other international clubs, such as the Shanghai Cooperation organisation.

Even though Russia is not part of the core ASEAN framework, it has been a member of the broader East Asia Summit – a bloc, which also includes China, Japan, South Korea, India, Australia and New Zealand, as well as the United States, since 2011.

Russian foreign minister Sergey Lavrov is expected to hold bilateral talks with his Thai colleagues and ASEAN counterparts. Moscow has long-term interests in the Asia Pacific region and Russia is part of ASEAN’s East Asia Summit.

​On a bilateral level Russia and Thailand are aiming for broader economic cooperation, with US $10 billion in mutual trade the current goal. In 2018 alone, annual trade between the two nations saw a 17% increase, with agricultural trade growing by 39%.

Russian foreign ministry is currently working to establish a consulate in Phuket. The island is one of the top vacation destinations for Russian tourists, and the consulate will help to serve their interests.

​Sergey Lavrov’s visit, which will be concluded on 31 July, will be followed by a number of Russia-related events in Thailand. A Russia-Thailand business forum will kick off in August in the capital, with a focus on cooperation in robotics, pharmaceuticals, transportation, agriculture, and banking. And in September a bilateral forum on digital cooperation (which is also one of the key ASEAN priorities), will be held in Bangkok, with Russian companies presenting the latest telecoms and computer security technology.