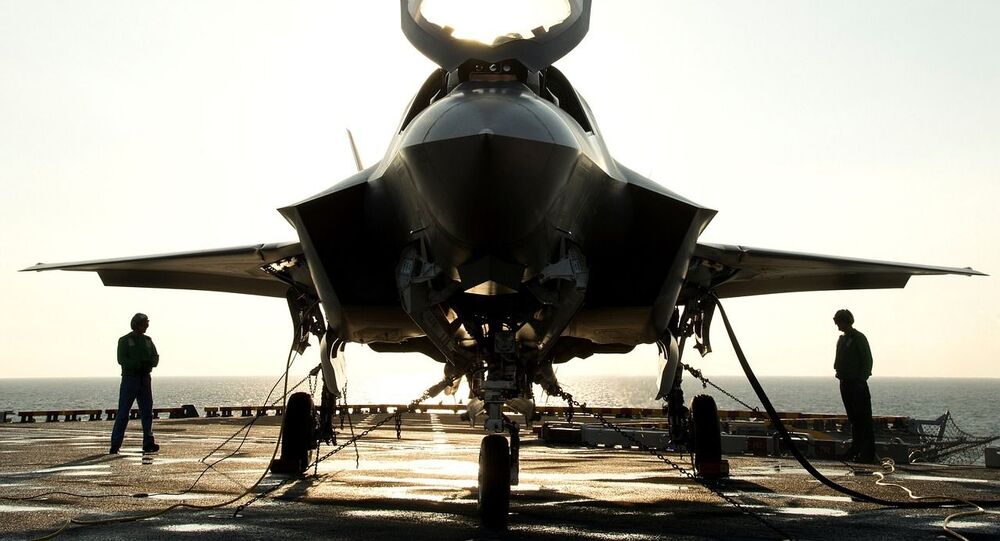 Washington has been threatening Turkey with sanctions and stopping supplies for F-35s over the country’s decision to buy Russian S-400 air defence systems since Ankara inked a contract in 2017. The US has already halted training programmes for Turkish pilots on new jets.

Turkish President Recep Tayyip Erdogan stated on 26 July that if the US refuses to sell Turkey its F-35 jets, the country will "once again have to take measures on that matter [and] turn elsewhere" for fighter jets for its Air Force, purportedly referring to the US refusal to sell Patriot missiles in the past eventually leading Ankara to buy Russian S-400s.

Erdogan further stated that regardless of Washington's decision, Turkey's security needs will be met.

"I will stress once again that Turkey will not give up on its plans for ensuring national security despite any threats", he said.

The Turkish president also responded to previous calls by US Secretary of State Mike Pompeo, who asked Turkey not to make the S-400s systems obtained operational, threatening sanctions otherwise. Erdogan said that the Russian air defences are expected to start functioning in April 2020. He also expressed hope that US officials will be "reasonable" in terms of imposing sanctions against Turkey.

Russia finished shipping the first portion of S-400 air defence systems to Turkey on 25 July under a contract that was inked in December 2017. The US pressured Turkey hard to drop the deal, offering to sell Patriot missile systems instead – the ones that Washington initially refused to sell Ankara. Washington has cited alleged the incompatibility of S-400s with NATO systems and their threat to F-35 jets, as a cause of concern.

Turkey suggested establishing a working group with the US to address the concerns, but Washington turned a blind eye to the idea. Instead, the White House announced the suspension of Turkey's participation in the F-35 programme.

The Turkish president said that Ankara chose S-400s over Patriots because Russia offered a better deal, but added that the country is still willing to buy American air defence systems. Reuters also reported on 25 July that France will be deploying SAMP/T air defence systems produced by the French-Italian consortium Eurosam on the southern Turkish border, without specifying the date.