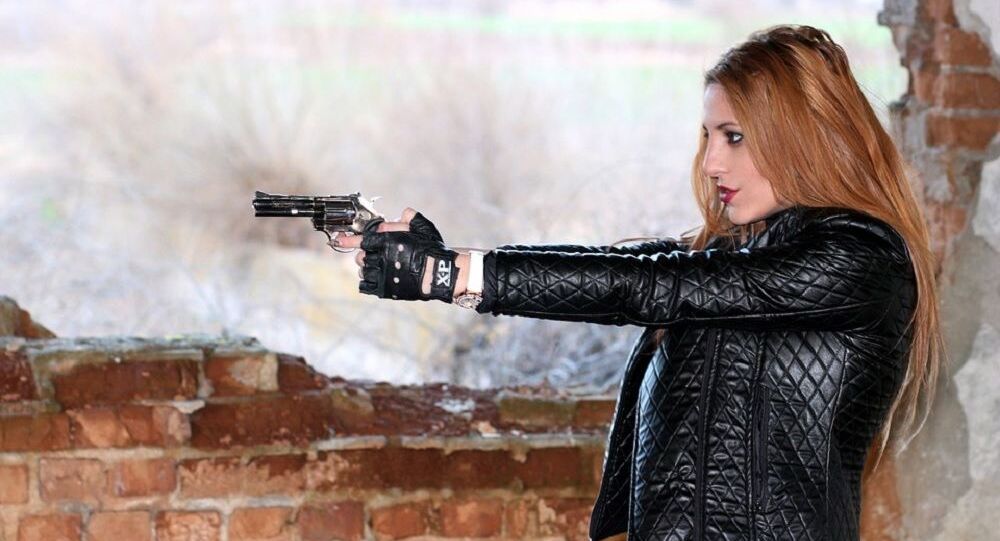 Mexico is famous for its drug cartels, which have been responsible for beheadings and other atrocities in the last 20 years. But the latest crime in Mexico City appears to have its roots in Israel.

Police in Mexico have arrested a woman who gunned down two Israeli gangsters as they relaxed in a cafe near a shopping mall in the Mexican capital, local media reported.

Alon Azulay, 41, and Benjamin Yeshurun Sutchi, 44, are said to be “infamous criminals” in their native Israel with ties to well-known Israeli mafia figures and  previous run-ins with a criminal organisation known as the Mosley Brothers.

​The pair were eating in a cafe at the luxurious Artz Pedregal shopping mall in Mexico City - which only opened last year - on Thursday, 25 July, when they were killed.

Eyewitnesses reportedly said a couple were sitting at a nearby table and the woman, who was wearing a blonde wig, got up from her seat and shot them before running off.

The man is believed to have shot a police officer outside the mall before escaping.

Video footage showed the dark-haired woman, who has been identified only as Esperanza N, running away from the scene but being caught and surrounded by police officers, who handcuffed and arrested her.

​She reportedly told detectives the killings were a “crime of passion” and claimed she was a victim of  "betrayal and desire" but Mexican police believe she was a paid assassin, possibly working for an Israeli gang.

Ulises Lara, a spokeman for the Mexican Attorney General’s office told AFP: “The passion motive has been discarded…and everything leads us to link the events to a settling of scores between criminal groups.”

Mexico’s Internal Security Minister Álvaro Obregón said one of the Israeli men died on the spot and the other died in hospital.

He said: "The acting Israeli consul in Mexico, Eli Levy, set out for the location of the incident immediately after he received reports of it, and is working with local authorities to ascertain the identity of the victims.”

Two infamous criminals Alon Azulay and Jony Ben have been named by Mexican authorities as the victims in Thursday night's murder in #MexicoCity. https://t.co/nOs0u0LV5L

​Israel's Channel 12 said Sutchi, who was also known as Jonny Ben, was a native of Tel Aviv.

He had been released from prison in Israel prison six months ago and moved to Mexico.

The Jerusalem Post said Sutchi was an associate of Ben Cohen and his uncle Itzik Cohen, both well-known Israeli criminals, and was a known enemy of the Mosley Brothers criminal organisation.

Police in Mexico are also investigating if there is any link to Erez Akrishevsky, a convicted murderer who was extradited back to Israel earlier this week after 18 years on the run.