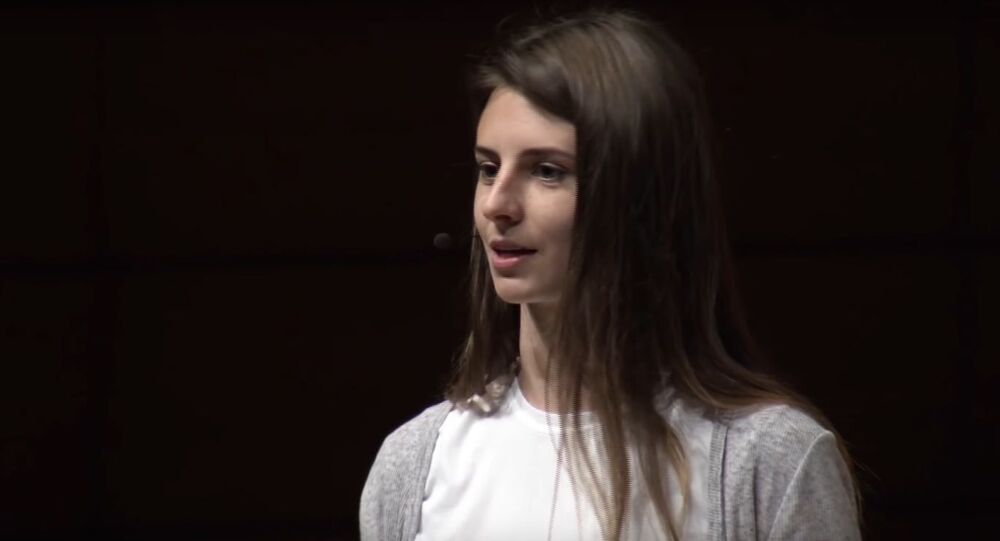 Shepherd believes that her case is so important because it proves that “trans people are untouchable”. She is currently searching for another social platform after Twitter axed her for good for what it called “hateful conduct”.

Lindsay Shepherd, the Canadian free speech advocate who has been permanently banned on Twitter over a spat with a transgender person, claims Twitter has silencing her for hate speech.

Shepherd was kicked off the platform last week, after she traded barbs with Jessica Yaniv, a born male who self-identifies as a woman.

Yaniv tweeted that Shepherd had a "loose vagina from pushing out a 10-pound baby," along with other humiliating remarks about her genitalia.

“I replied saying that if he’s trying to sound like a woman, this is not the way to do it, as he sounds more like a man who doesn’t have a functional relationship,” Shepherd said in an interview with Spiked magazine.

She said she was punished for “hateful conduct” (although she was not a transphobe and was only critical of trans activists), and went on to describe social media companies as “a threat to free speech.”

Yaniv is currently suing 16 female aestheticians, who refused to give her a Brazilian wax – a special procedure used to remove public hair. During the hearings, Yaniv reportedly revealed to still have male intimate parts, which was a huge problem for some of the women.

“Many of the women he is taking to court come from religious and cultural backgrounds where you are not supposed to touch men who aren’t your husband,” Shepherd noted.

She claimed that Yaniv is against immigrants and has intentionally targeted immigrant women who were likely to deny the service and then sued them.

Shepherd already received a Twitter violation notice and a 7-day suspension for posting a collage of Yaniv’s comments in January.

In these comments, which were apparently leaked from Facebook make-up groups for women, Yaniv asked multiple questions about pre-teen girls changing tampons and sanitary pads in public bathrooms.

According to screenshots of the exchanges, Yaniv purportedly inquired women whether it is weird to “ask a 10-12 year-old girl” for a pad or a tampon and whether they had seen “a tampon string hanging out another girl’s thing”, as well as expressed hope to bond with girls over “period stuff”.

“Some people have said that I should’ve never engaged with JY online… but the thing is, this is someone who straight-up ruins people’s lives,” Shepherd said in a YouTube video.

The free speech champion referred to her nemesis as “JY” because of a reporting ban that was lifted just last week.

“JY is allowed to make crude and disgusting comments – and misogynistic comments – but when I want to talk back to him, stand up for myself, defend myself, I’m silenced and kicked off of the platform permanently. But JY receives no punishment and remains on the platform,” she complained in a YouTube video.

“Trans activism is one of the major hindrances to free speech and open inquiry in this country,” she concluded. “Trans activism is responsible for silencing and stifling so many discussions that we need to have in our society.”

Shepherd sparked nationwide debate on gender issues and free speech in late 2017, after the Wilfrid Laurier University, where she worked as a teaching assistant, reprimanded her for showing her students a video of Jordan Peterson discussing gender-neutral pronouns.

Shepherd released a recording of a disciplinary meeting with faculty members, who accused her of creating a toxic environment in the classroom.

Replying to her statement that she presented a neutral position on gender issues, the professors argued that playing a clip of Jordan Peterson was “like neutrally playing a speech by Hitler.”

Peterson sued the professors for defamation, while Shepherd filed a workplace lawsuit. The university issued a public apology to the disgraced assistant but pledged to challenge both claims.