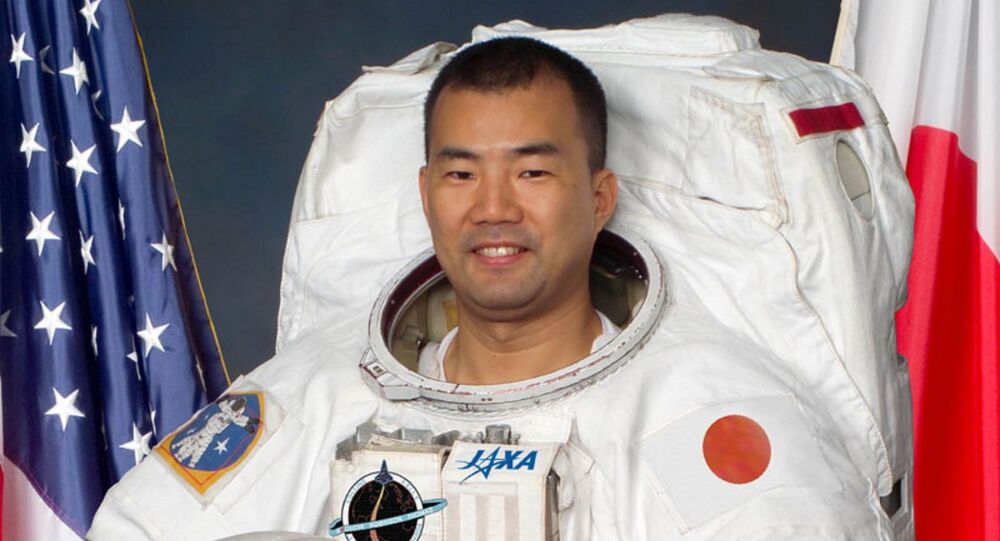 MOSCOW (Sputnik) - Japanese astronaut Soichi Noguchi has been assigned to the crew of a new US spacecraft that will fly to the International Space Station (ISS) in the near future thus becoming the first foreign astronaut to participate in a US mission following a near-decade hiatus, the Japan Aerospace Exploration Agency (JAXA) said on Tuesday.

"JAXA astronaut Soichi Noguchi, as he was released from his backup crew assignment for Soyuz 59S with its successful launch, is now slated to begin training to board a United States Crew Vehicle (USCV) while he continues to train for an ISS expedition crew. The specific vehicle provider and its flight schedule will be announced when more details are available," the statement said.

The spacecraft that will carry Noguchi to the ISS was unspecified. The astronaut has previously carried out two missions to the ISS — the first aboard the US Discovery shuttle in 2005 and the second on Russia's Soyuz TMA-17 in 2009-2010.

NASA has been sending its astronauts aboard Russia's Soyuz spacecraft since its own Space Shuttle was retired in 2011. In 2014, NASA signed contracts worth $6.8 billion with Boeing and Space X for the development of crew transportation systems and to conduct initial missions to the orbiting laboratory under its Commercial Crew Program.

Before NASA decides which spacecraft will make the journey — Space X's Crew Dragon or Boeing's Starliner — they must first be certified safe for human spaceflight. Both contractors initially intended to be certified in 2017, but now neither is expected to be ready until late 2019 at the earliest.

Space X tested its Crew Dragon in an unmanned flight to the ISS in March. The spacecraft is scheduled to fly its first crew on November 15. As for Starliner, NASA reportedly plans to conduct an unmanned test flight in September, while the first manned flight is slated for some time in November.