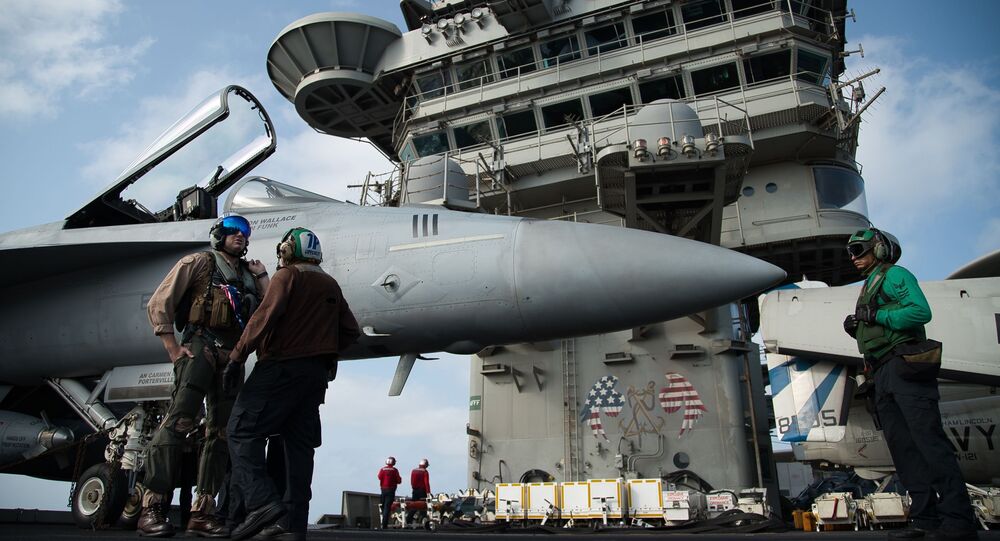 On Friday, the Islamic Revolutionary Guard Corps (IRGC) said that they had seized the UK-flagged oil tanker Stena Impero in the Strait of Hormuz.

The United States will take advantage of the aggravation of the situation in the Strait of Hormuz to strengthen its military presence in the region, the chairman of the Federation Council’s international affairs committee Konstantin Kosachev said.

“It is already clear who exactly is going to take advantage of the exacerbation of the situation in the Strait of Hormuz and in the Middle East as a whole: The Pentagon has just approved the transfer of troops to Saudi Arabia. The United States also announced the development of an international operation to protect shipping in the Middle East the Gulf region", Kosachev wrote on Facebook.

The lawmaker noted that the Pentagon is planning to prepare an international maritime operation, which it's dubbed "Guardian", to ensure security on key waterways in the Middle East.

"The fact that its development was announced rapidly confirms the assumption that the United States was just waiting for a reason to strengthen its military presence in the region - and they waited," Kosachev stressed.

The UK-flagged Stena Imperio oil tanker was seized on Friday during a passage through the Strait of Hormuz while in international waters. According to the cargo vessel owner Stena Bulk, there were 23 crew aboard the seized ship.

UK Foreign Secretary Jeremy Hunt called the situation "unacceptable", adding that he was "extremely concerned" by the acts committed by the Iranian state in the Strait of Hormuz.

On 4 July, the UK Marines and Gibraltar authorities detained the supertanker Grace 1 for allegedly transporting crude oil to Syria. According to Chief Minister of Gibraltar Fabian Picardo, such measures were taken because of "information that gave the Gibraltar government reasonable grounds to assume that Grace 1 was acting in defiance of EU sanctions against Syria."

In turn, Iran refuted all allegations.

Tensions between Iran and the US escalated after Tehran shot down an American drone over an alleged violation of Iran’s borders. The US Central Command said that the drone had been operating and was shot down while transiting international airspace over the Strait of Hormuz.