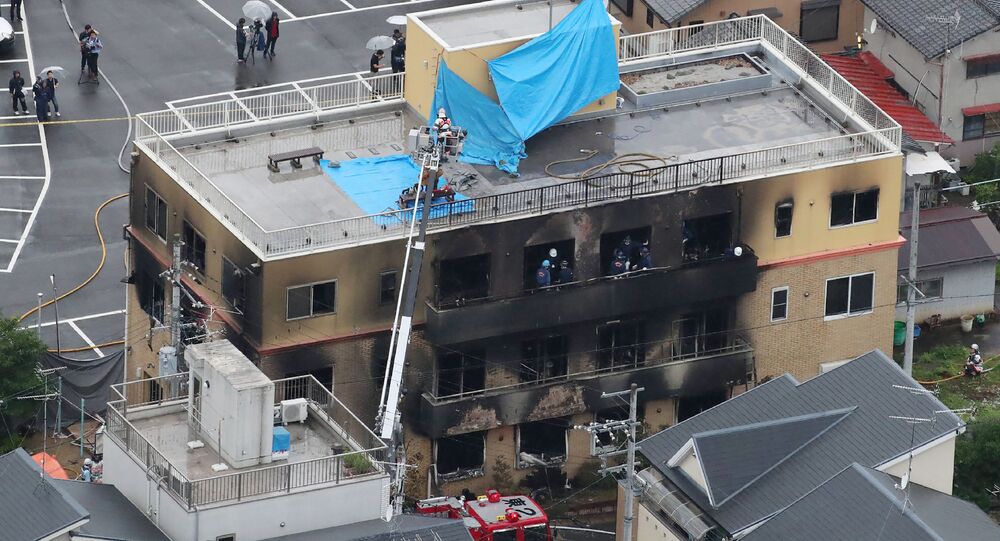 A GoFundMe campaign has been launched - raising $200,000 in four hours - after a mystery attacker set fire to Kyoto Animation’s headquarters in Japan. Anime and manga is a huge industry in Japan with millions of children and adult fans.

​A 41-year-old man was arrested on Thursday, 18 July, after breaking into the company’s offices in Kyoto and spraying an inflammable liquid, which he then set on fire, causing a huge explosion.

At least 33 people died and many more are missing after the attack at Kyoto Animation, a famous brand in Japan often referred to as KyoAni.

​The attacker reportedly shouted: “Drop dead” in Japanese during the attack.

It is not clear yet what the arsonist's motivation was for the attack but some Japanese media reports said people overheard the man tell police who arrested him: "They ripped me off."

The president of Kyoto Animation, Hideaki Hatta, said they had received a number of death threats by email.

Mr Hatta said: "Why on earth did such violence have to be used?"

​The animation industry is notoriously tough in Japan, with most companies paying animators per frame but KyoAni had broken with this trend and was paying regular salaries.

Prime Minister Shinzo Abe tweeted about the incident, saying he was "speechless."

​[Tweet: "Today, in the arson murder spree in Kyoto, there are a lot of casualties, I'm speechless. I pray for the souls of those who have passed away. I would like to express my condolences to all of the injured and wish them a speedy recovery."]

Jake Adelstein, a journalist who lives in Tokyo, told Sputnik: “The man arrested by police was wearing a red shirt and jeans, was barefoot and his feet were bloody. He shouted ‘die’ when he set the gasoline on fire. He was clearly an angry and hateful individual.” 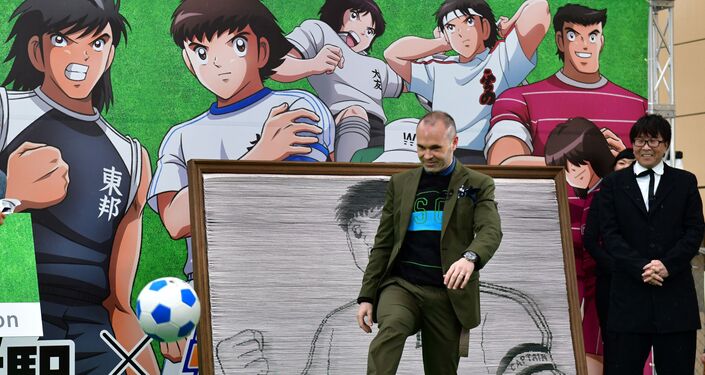 Mr Adelstein said it was still very early in the investigation to say anything definitive but he said it was telling that the man had also been heard to use the word “pakuri”.

“That word in Japanese can mean to rip something off, to plagiarise something or to steal an idea, but it can simply mean fake,” said Mr Adelstein.

He said a witness reported the assailant had a tattoo on his belly which, in Japan, indicated a possible link to organised crime, the yakuza.

​One of its series, Evergarden, had been picked up by Netflix for the global market.

Let's pray for all of the KyoAni staff 🙏 #PrayForKyoani pic.twitter.com/cKW1AGmFEl

​KyoAni also produced the hit anime film A Silent Voice in 2016 and a second movie, Free! Road to the World - The Dream, was due out later this month.

In 2017 the Asahi Shimbun newspaper reported that Japan’s anime industry was worth two trillion yen ($20 billion) a year.