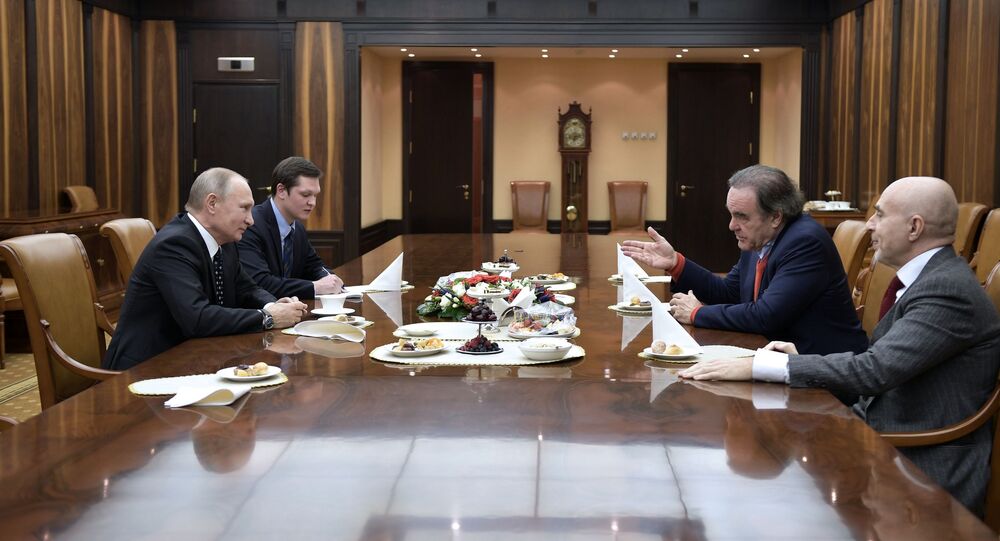 MOSCOW (Sputnik) - Russian President Vladimir Putin said in an interview with US film director Oliver Stone that he did not interfere and is not going to interfere in the elections in the United States.

“I didn’t interfere then, and I don’t want to interfere now, and I don’t intend to do it in the future,” he said in an interview for Stone’s new film Revealing Ukraine, which was shown at the Taormina Film Fest in Italy.

The Russian president proceeded by saying that Russian bloggers, whatever point of view they expressed on the Internet, could not have played the key role in the US elections.

"If you want to return to the elections in the United States again, well, listen, a huge country, a huge people with their own problems, with their own ideas about what is good and what is bad, with the understanding that... in the previous few years - ten years, for example - with a huge increase in the well-being of the ruling class and rich people, nothing has changed for the better for the middle class," Putin said in an interview for Stone’s new documentary Revealing Ukraine, shown at the Taormina Film Fest in Italy.

"This was this circumstance that was understood by those who conducted the election campaign of Mr. [Donald] Trump, and he himself understood it. And he used this... No matter what Russian bloggers, I do not know who works on the Internet, no matter how they expressed their views on the situation in the United States, this could not have played the key decisive role. This is nonsense," he said.

Putin on Relations With Ukraine

Russia and Ukraine will inevitably grow closer and become allies, Russian President Vladimir Putin said in an interview with US filmmaker Oliver Stone.