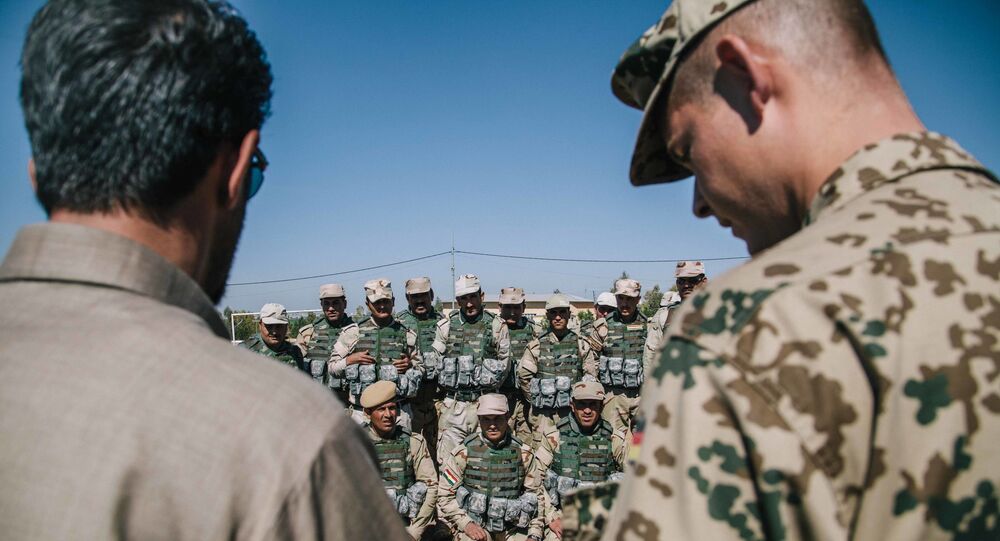 Germany Rejects US Call to Deploy Ground Troops in Syria

US special envoy for Syria Engagement James Jeffrey earlier relayed a formal request to Berlin calling on the country to deploy troops to the Arab Republic to "partially replace" US forces and help the remainder fight Daesh*.

The German government has rejected Washington's call to deploy ground troops to Syria, stating that such a move doesn't correspond with the country's adopted strategy of fighting the Daesh* terrorist group.

"When I say the government envisages sticking to the current measures in the anti-Islamic State [Daesh] coalition, this includes no ground troops, as is well known", government spokesman Steffen Seibert said.

The spokesman further recalled that Germany has long made "a significant and internationally acknowledged contribution" to the fight against Daesh* in Syria and added that the government is discussing the future of the country's involvement in the anti-Daesh coalition with Washington.

The spokesman's statement comes in response to an official request delivered by special envoy for Syria Engagement James Jeffrey, in which Washington called on Berlin to deploy ground troops to the Middle East state to partially replace American forces. According to Jeffrey, German troops would help their American allies and provide technical support to the Kurdish forces, fighting the remnants of the Daesh* terrorist group.

The special envoy, in particular, asked Germany to deploy its military trainers, logistics specialists and technicians to help Kurdish-led Syrian Democratic Forces (SDF). At the moment, Germany is providing reconnaissance jets, a refuelling aircraft and military trainers stationed in Iraq, as a part of its commitments to the anti-Daesh coalition of western states.

The German forces' mandate on operations in Syria expires on 31 October, but can be prolonged by a parliamentary decision. During German Foreign Minister Heiko Maas’ recent trip to Iraq he said that the government is willing to extend the mandate, but the country's legislative body will have the final say in the matter.

© REUTERS / Ruben Sprich/Files
File photo of a German soldier walking on a Tornado fighter jet before a reconnaissance flight from the German camp in Mazar-e-Sharif August 28, 2009

At the same time, the US has been pressuring Berlin to extend its military presence in Syria, but faced opposition from the German Social Democratic Party, a member of the ruling coalition willing to end the country's military operation in the Arab Republic.