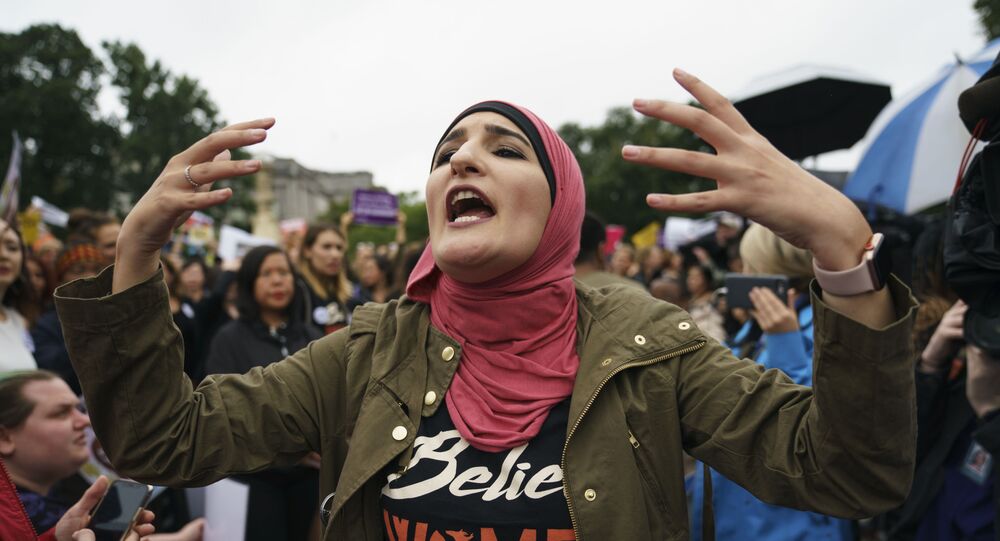 The historicity of Jesus Christ, let alone his nationality, still remains a debatable issue. Most people argue, citing the Biblical account, that the messiah was Jewish, but some disagree.

Linda Sarsour, one of the most prominent Muslim political advocates in the United States, has suggested that Jesus Christ was “Palestinian of Nazareth”, sparking a historic online debate with political overtones.

The Palestinian-American activist apparently invoked Hadith, the record of traditions and sayings of the Prophet Muhammad, where Jesus is described as a brown-skinned man with long hair.

Jesus was Palestinian of Nazareth and is described in the Quran as being brown copper skinned with wooly hair.

In a series of tweets that followed, she went on to refer to ‘Jesus of Bethlehem’ to back up her claim that Jesus was a Palestinian. Bethlehem, the city where the Bible says Jesus was born, is in the West Bank; Nazareth, his “childhood home” is in Israeli territory.

Why so upset by the truth. Jesus was born in Bethlehem aka بيت لحم in Arabic. Bethlehem is in Palestine. It’s currently militarily occupied by Israel and home to a predominately beautiful Palestinian Christian community. Yes, the birthplace of Jesus is under military occupation. https://t.co/xiseLoylYL

She did not deny, though, that Jesus was a Jew.

Yes he was! #Jesus https://t.co/EkqTQdzKdO

Sarsour – one of the organisers of Women’s March and Black Lives Matter rallies – also said that someone had flagged her post suggesting that Jesus was Palestinian, but Twitter did not do anything about it because the tweet did not violate its terms of service.

“Jesus was born in Bethlehem which is in Palestine. Move on,” she added.

Folks reported my tweet that Jesus was a Palestinian. 🤣 twitter was obviously like this doesn’t violate our standards. It’s also true. Jesus was born in Bethlehem which is in Palestine. Move on.

Quite a number of people could not help but cast doubt on her claim.

Palestinian is a nationality not a religion. Your point is not negated. Jews lived with Palestinians in peaceful co-existence before there was a state of Israel.

1. Jesus was born in Judea (ie, as in Judea and Samaria, or what you call 'West Bank').

3. There was no Palestine then.

Linda, the concept of Palestine didn't even exist until over a century after Jesus died, when the Romans took over Judea and renamed the land Syria Palaestina to spite the Jews. How exactly was Jesus Palestinian?

Can someone explain to Linda Sarsour what a Jewfro is? pic.twitter.com/uSxC99bLvI

The ‘Jesus was Palestinian’ notion is nothing new for pro-Palestinian political figures. In April, US congresswoman Ilhan Omar ignited a social media storm after re-tweeting the claim.

Palestinian Authority President Mahmoud Abbas has also called Jesus “a Palestinian messenger who would become a guiding light for millions around the world” in his annual Christmas message in 2013.