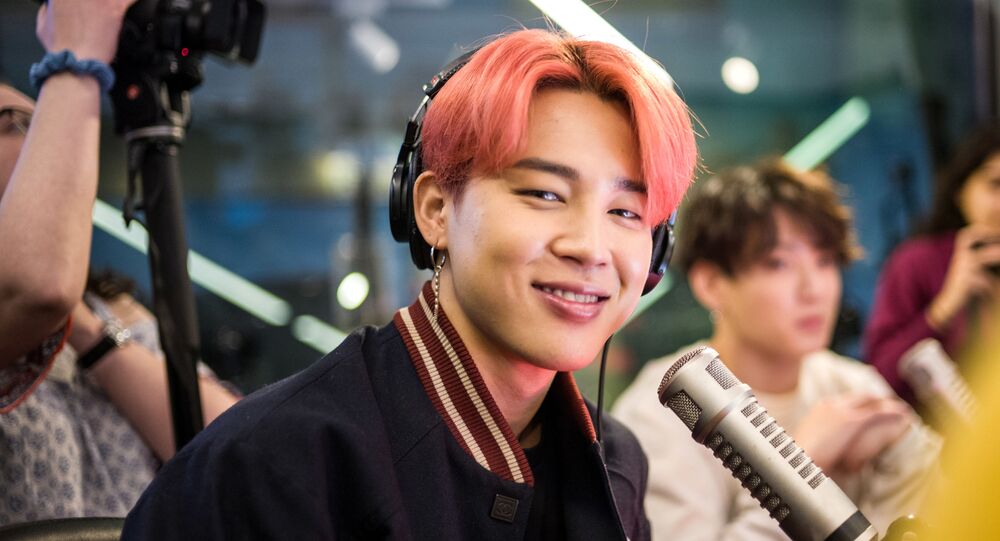 Earlier, in a bombshell announcement, US R&B singer Halle Bailey was chosen to play Ariel in the new live-action adaption of The Little Mermaid, sparking a debate online about diversity in casting.

Following the casting of aspiring young R&B singer and Beyonce protege Halle Bailey as Ariel in the new live-action adaption of The Little Mermaid, with comedy actress Melissa McCarthy in talks to play Ursula, speculation is rife as to who would be best cast as Prince Eric, Ariel’s love interest.

The internet has been floating the idea that BTS’s Jimin is tailor-made for the role of Prince Eric because “he’s a prince of K-pop”, and he “has the hair and the jawline”.

Soon Prince Eric was trending on Twitter, with fans imploring “The Little Mermaid” producers to keep faith with the diversity in casting and pick a Korean pop prince to play the Prince.

these two together? *chefs kiss* pic.twitter.com/4OkxCz7CFJ

i don’t care what y’all say, jimin is the prince eric we need pic.twitter.com/0YSsRDdxtv

We got a black Ariel! Can we get a Korean prince Eric? Come on Prince Jimin! pic.twitter.com/HBsqSffe4v

​Park Jimin, 23, is certainly age appropriate to Halle, 19, and has his boyish good looks going for him.

Another popstar considered by fans to be perfect for the part is Shawn Mendes.

okay hear me out but SHAWN MENDES as Prince Eric pic.twitter.com/bnn780upkm

Some online users predicted Nick Jonas may have landed the role after he tweeted the casting announcement and wrote: ‘YES. Can’t wait.’

​Hot on the heels of its Aladdin and The Lion King live-action remakes, Disney opted to give The Little Mermaid a similar reboot.

Walt Disney Studios confirmed the live-action movie will be directed by Rob Marshall of Mary Poppins Returns and produced by Marshall, Miranda, John DeLuca and Marc Platt. It will include songs from the original animated movie by Alan Menken and Howard Ashman, in addition to new songs by Alan Menken and Lin-Manuel Miranda.

Production is expected to begin in early 2020, Disney confirmed, with more announcements coming in the next few weeks.