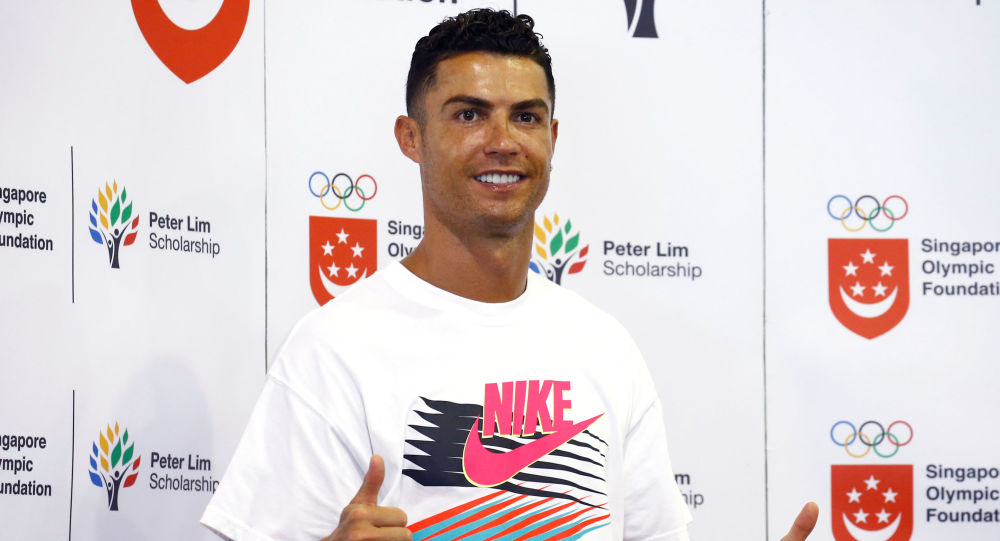 Juventus FC is set to arrive on 20-21 July for the Singapore leg of the International Champions Cup (ICC) with their biggest star Cristiano Ronaldo, as they take on English Premier League club Tottenham Hotspur.

Juventus football superstar Cristiano Ronaldo’s surprise visit to Singapore generated a frenzy among media and fans as supporters crowded the south plaza of Our Tampines Hub on 3 July.
Initially, no specified time of his arrival was given, but nonetheless fans in Singapore flocked to the integrated mall to see the striker in the flesh.

​Crowds formed at Our Tampines Hub, which is Singapore's first-ever integrated community and lifestyle building in Tampines. It is located on the grounds of the former Tampines Stadium and Tampines Sports Hall and is part of the Tampines Regional Centre development.

Our Tampines Hub said on its Facebook page it could not "divulge any further details", as the Portuguese forward entered one of the indoor courts, shrouded from view with black screens over the fences.

At about 5pm, the fans were finally rewarded as Ronaldo emerged to loud cheers, waving and giving a thumbs-up sign before leaving in an escorted car.

The 34-year-old Portuguese reportedly arrived on 2 July and visited the Hub on Wednesday before making a school visit the following day.
This was not Ronaldo’s first trip to Singapore.

In 2013, Singapore billionaire Peter Lim flew the superstar over as a marquee guest for his Singapore Olympic Foundation-Peter Lim Scholarship initiative. Then, he also visited Crest Secondary.

It was a fun time meeting these kids at the Singapore Olympic Foundation - Peter Lim Scholarship event! Follow your dreams and never give up!👍🏽🙌🏽 pic.twitter.com/qb164DPS76

Ronaldo has already led Portugal to the 2016 European Championship and the 2018-19 Nations League title.

The Juventus striker’s Singapore fans are anticipating seeing him in action soon.

The Singapore leg of the International Champions Cup will see Manchester United take on Inter Milan on 20 July, and Juventus take on Tottenham Hotspur on 21 July.