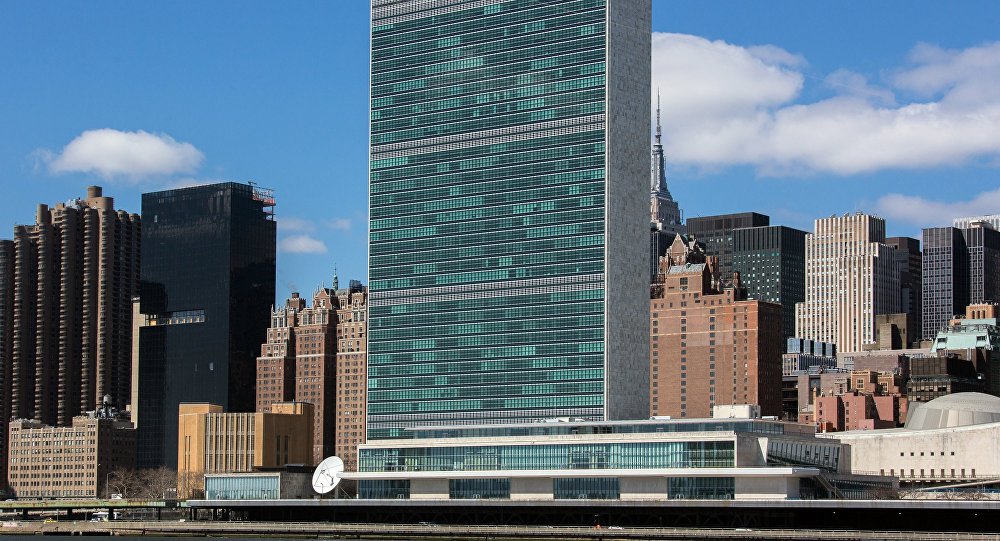 The North Korean Mission to the United Nations said Wednesday in a statement that it is "ridiculous" for the United States to be "obsessed with sanctions and a pressure campaign" against Pyongyang, according to Reuters.

North Korean diplomats have accused Washington of becoming "more and more hell-bent on hostile acts" against Pyongyang, according to Reuters.

In a statement cited by Reuters, the mission said it was responding to a US accusation that Pyongyang had breached a cap on refined petroleum imports and a 29 June letter it said was sent to all UN member states by the United States, France, Germany and Britain calling for all North Korean workers abroad to be sent home.

"All UN member states will have to keep vigilance against deliberate attempts by the United States to undermine the peaceful atmosphere that has been created on the Korean Peninsula in no easy way", the statement said, quoted by Reuters.

Last week, The New York Times reported that the administration of US President Donald Trump was considering an approach that would amount to a nuclear freeze whereby the United States would accept North Korea's status as a nuclear power in exchange for Pyongyang agreeing to not increase the number of nuclear weapons - something US senior administration officials have often said they would never accept.

On Sunday, Trump briefly stepped over the demarcation line separating North and South Korea at the invitation of North Korean leader Kim Jong Un, becoming the first US president to do so. The two leaders held an hour-long meeting inside the Freedom House on the South Korean side of the Demilitarized Zone.

UN Secretary-General Antonio Guterres has welcomed the recent meeting of Trump and Kim and the resumption of working-level dialogue between Washington and Pyongyang, United Nations spokesman Stephane Dujarric said in a statement on Monday.

Kim and Trump's talks are their third after a long pause. In June 2018, the two leaders expressed commitment for denuclearization at a landmark bilateral meeting in Singapore. The next round of talks, held in February in Vietnam, however, ended abruptly without any agreement.

Trump said, however, after meeting the North Korean leader on Sunday, that he wished for sanctions on North Korea to be removed but now was not the time, adding that sanctions would be on the agenda when US and North Korean working groups meet for talks in the coming months.