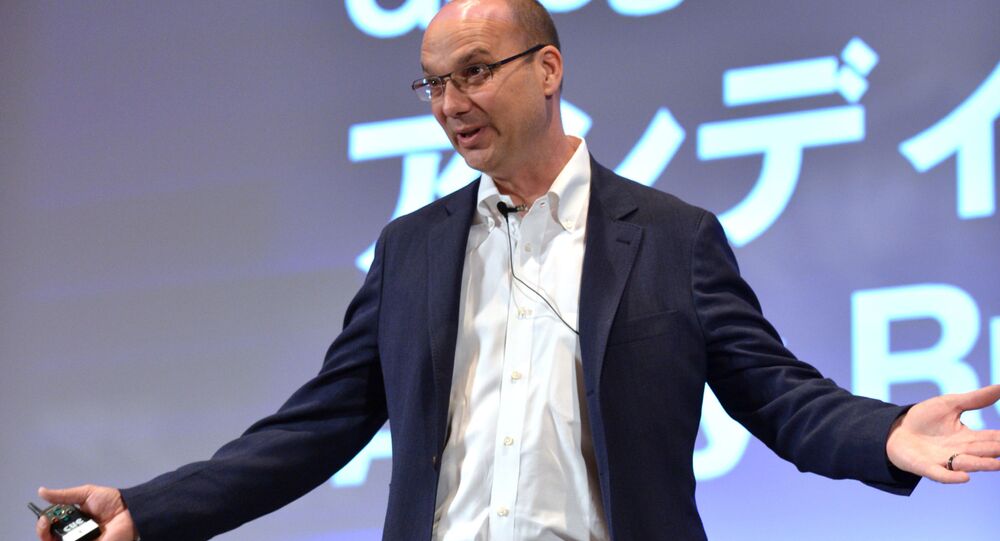 The co-founder of Android Inc. left Google five years ago under a cloud of sexual harassment complaints, and now his ex-wife has put forward an even more explosive allegation.

Andy Rubin, a former Google executive who reportedly received a $90 million “exit package” from Big Tech after an employee accused him of sexual harassment, is alleged to be running a sex ring.

Newly unsealed court documents from a civil complaint filed by his estranged wife, Rie Hirabaru Rubin, accuse the father of Android software of having several mistresses, at least one of which was “complicit” with him in “running what appeared to be a sex ring”.

“[She] discovered that Rubin had a secret life with multiple women, not just friendships with ex-girlfriends. Rubin had, in his own words, ‘ownership’ relationships with other women, whereby Rubin would pay for their expenses in exchange for offering them to other men. [He] did so that he could watch them engage in various sexual acts, often involving threesomes. One of these women was complicit with Rubin in running what appeared to be a sex ring”.

The original complaint is redacted in some part and doesn't publicize total amounts paid to Rubin from Google. It does describe his rapid increases in net worth from his time at Google and allegations that he paid women to maintain relationships with him. pic.twitter.com/RaYjZlShWq

Central to the complaint, which was filed in October, is the allegation that Rubin cheated Rie out of a share of his wealth and that he concealed the purported Google payments after he left the company.

Despite being filed in Oct, the complaint has been sealed and kept out of the public eye for nearly 7 months. Today, a judge moved to unseal, but asked that the plaintiff (Rubin's wife) submit an amended complaint that strikes out certain allegations on Rubin's relationships.

Rie is now trying to have their prenuptial agreement invalidated, because she claims that Rubin set up a separate bank account to deposit the alleged “exit package” and spent “many hundreds of thousands of dollars on these women”. She argues that the prenup protected him from financial consequences in the event of a divorce to due to affairs.

Once the story broke, Rubin’s lawyer said in a statement to The Verge that the legal complaint is “full of false claims”:

“This is a garden variety family law dispute involving a wife who regrets her decision to execute a prenuptial agreement. It is full of false claims and we look forward to telling our side of the story”.

The freshly-made allegations shed new light on a New York Times report from last October claiming that Rubin had been accused of sexual misconduct by a Google employee and got a $90 million severance agreement negotiated in the wake of multiple harassment complaints in 2014.

As the exposé accused Big Tech of mishandling the case, employees staged a 20,000-person walkout at Google offices worldwide in November 2018 in a symbolic protest.

At the time, Rubin as well denied the allegations that he had received $90 million in severance pay as “part of a smear campaign by my ex-wife to disparage me during a divorce and custody battle”.

“The New York Times story contains numerous inaccuracies about my employment at Google and wild exaggerations about my compensation. Specifically, I never coerced a woman to have sex in a hotel room”, he added.