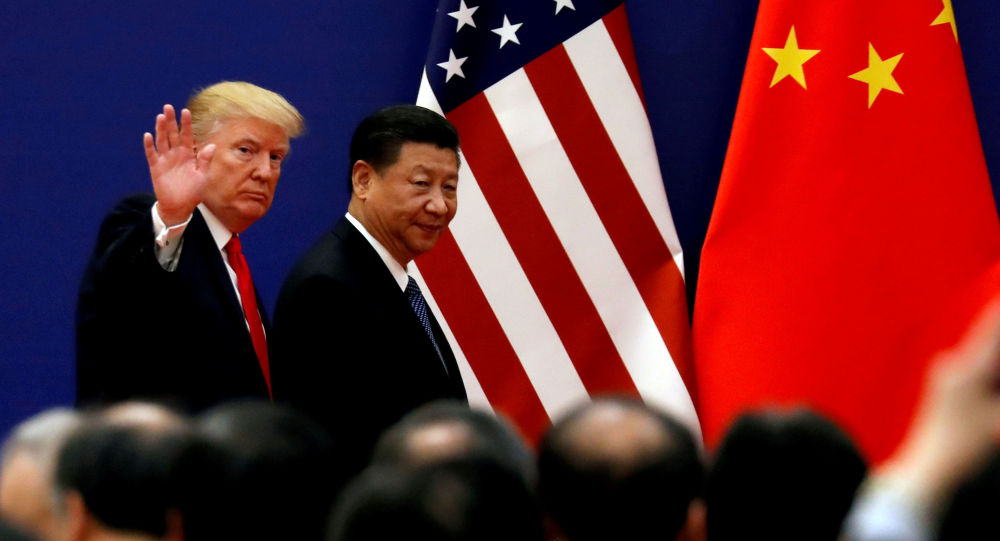 US President Donald Trump and his Chinese counterpart Xi Jinping have held their highly-anticipated talks on the sidelines of the G20 meeting in Japan's Osaka, amid the ongoing trade row between the two countries.

US President Donald Trump said in a series of twitter posts that he had a "great meeting" with his Chinese counterpart Xi Jinping. He said that he agreed not to increase the already existing US tariffs against China, noting that the negotiations would continue.

I had a great meeting with President Xi of China yesterday, far better than expected. I agreed not to increase the already existing Tariffs that we charge China while we continue to negotiate. China has agreed that, during the negotiation, they will begin purchasing large......

​He also said that Xi Jinping agreed that while the negotiations on the trade dispute between the two countries are ongoing, China will begin buying agricultural product from US farmers. He added that he was "in no hurry" in trade talks with China.

Donald Trump also said that he agreed to allow Huawei to buy product from US companies.

.....amounts of agricultural product from our great Farmers. At the request of our High Tech companies, and President Xi, I agreed to allow Chinese company Huawei to buy product from them which will not impact our National Security. Importantly, we have opened up negotiations...

The US-China trade row has been going on since 2018, after Trump’s decision last June to impose 25 per cent tariffs on $50 billion worth of Chinese goods in a bid to address the trade deficit. Since then, the two sides have exchanged several rounds of duties.

In May, Washington took another step in escalating the dispute, including another $200 billion worth of Chinese goods in the 25 per cent tariff category. China pledged to retaliate by hiking tariffs on $60 billion worth of US imports in June.