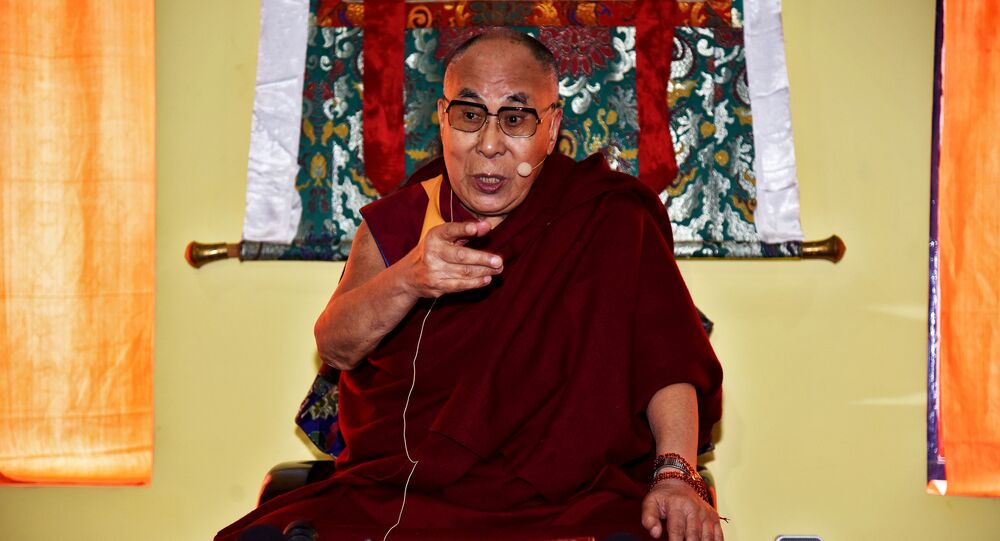 The Tibetan spiritual leader, the Dalai Lama, brought up the requirement of physical beauty for a potential successor back in a 2015 BBC interview, when he noted that a female Dalai Lama should be attractive, otherwise she would be of "not much use."

Ahead of his 84th birthday, the Dalai Lama has once again insisted that if his successor is a woman, she must be physically attractive, as he spoke with his typical quirky, down-to-earth humour in a BBC News interview on 27 June.

"If a female Dalai Lama comes, she should be more attractive," the 14th Dalai Lama told the host. If not, "people, I think prefer, not see her, that face."

When the host probed: "It's about who you are inside, isn't it?" the spiritual leader responded:

"Yes, I think both. Real beauty is inner beauty, that's true. But we're human beings. I think the appearance is also important."

This was perhaps the most surprising moment in the interview. I asked the Dalai Lama if he stood by his earlier comment that if his successor was female, she should be attractive.

​This isn't the first time the Tibetan religious leader has brought up the physical beauty of a potential successor. In a 2015 BBC interview, he made similar comments, noting that a female Dalai Lama should be attractive, otherwise she would be of "not much use."

His comments immediately sparked a response online, with some social media users outraged, while others claimed that the Dalai Lama implied that one needs to be more attractive to be accepted by society.

The Dalai Lama said a female successor would have to be hot. We are so far past seven in the seals of the apocalypse department https://t.co/h3EL5CXtwk

He doesn't say it very well but he's not talking about his preference. It's a remark on society and how they see women. He's not wrong, unfortunately. Look at how harshly we treat any public woman.

Um, he goes on to say that women who are complaining about what he said probably need to go buy make up. How do you explain that away?

THANK YOU! People aren’t really listening to what he is saying. They jump on a bandwagon and that’s that. The way society works she would need to be attractive in order to even be acknowledged or respected. Is it okay? FUCK NO. But that’s saying a lot more about society not him.

Kimm, you’re not wrong. We ‘say’ that looks don’t matter yet ‘looks’ are the favored tool to use against a person. This is especially true for women against other women. Men get scapegoated for this but they are the minority of blame. I agree with you that the Dalai Lama... 1/3

It says a lot about what HE thinks of society. Mother Theresa wasn’t hot. Most people are not hot. Having a “hot” Dalai Lama would cheapen the position, esp if it factored into her choosing. What a dumb trumpist thing to say.

The Dalai Lama "formally" stepped down from political responsibilities in 2011, yet continues to be the figurehead of the Tibetan people as their spiritual leader.