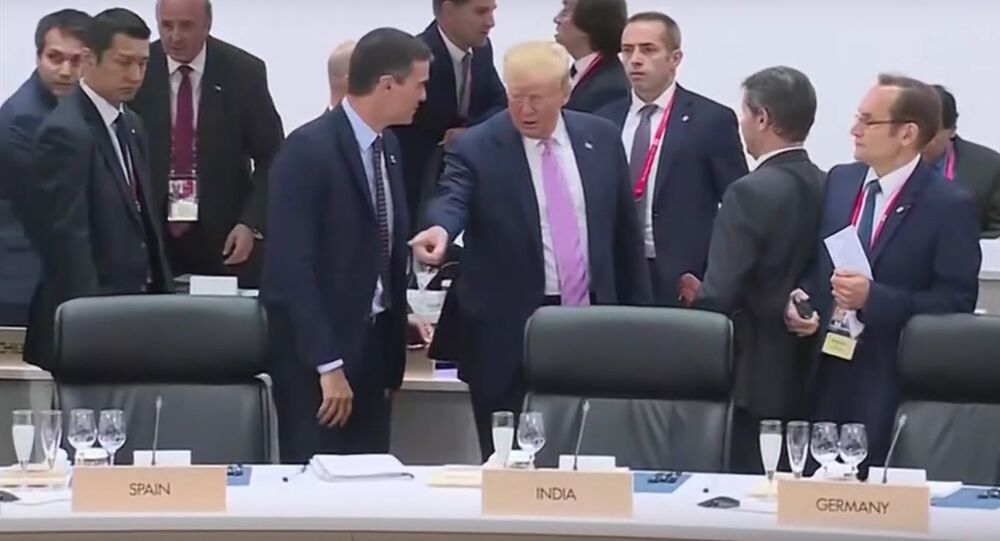 A brief interaction between the two leaders has had Spanish newspapers slam Trump for “humiliating” the prime minister, but the latter said the media had got it all wrong.

Spanish Prime Minister Pedro Sanchez has downplayed what some observers considered a humiliating interaction between him and US President Donald Trump at the G20 summit.

The two were filmed having a brief chat ahead of a meeting on Friday, but Trump appeared to cut Sanchez off, pointing his finger at Sanchez’s seat as if he was giving an instruction to sit down.

"It's just the opposite," he replied to those who described the episode as an "incident”. He went on to say that he has to thank Donald Trump as the POTUS said he liked Spain and it's “an honour” to be its leader.

Meanwhile, a Spanish government official explained, citing a member of the national protocol service who was close to the scene, that Trump told Sanchez he had a “good place”.

There was “nothing like an order to sit down or anything like that,” the official assured. “This episode was a joke.”

The two-day summit has had world leaders engage in all sorts of bizarre interactions, from Trump, Abe and Modi opting for a three-way fist-bump to Theresa May sharing a frosty handshake with Vladimir Putin to Angela Merkel apparently losing her way as she met with Russia’s president.