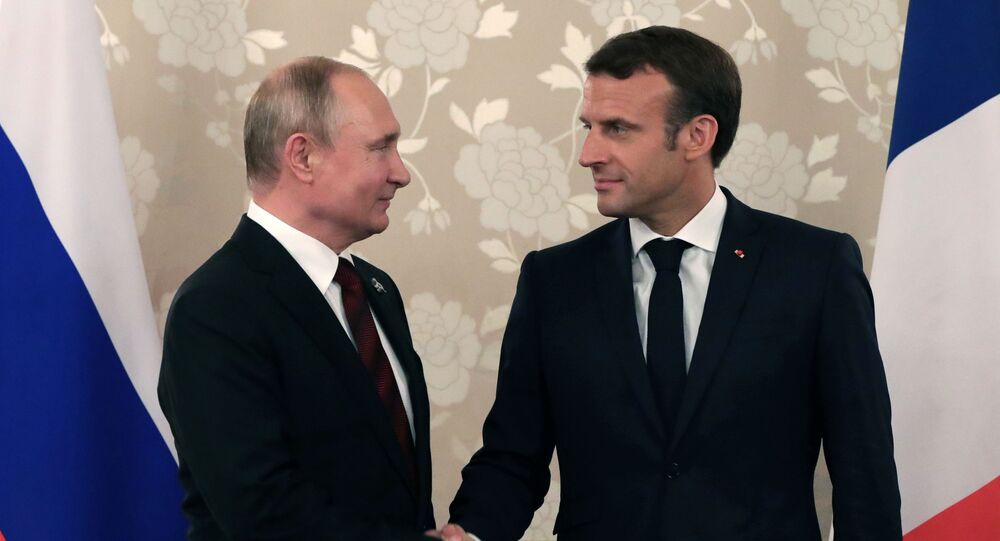 President Vladimir Putin held a series of meetings in Osaka on the first day of the G20 summit, including talks with Donald Trump and sideline negotiations in the Russia-India-China (RIC) and BRICS formats.

When greeting Russian President Vladimir Putin at the G20 summit in Osaka on Friday, French President Emmanuel Macron uttered 'Privet' ('hi' in Russian). Putin, in turn, referred to the French leader using an informal version of the pronoun 'you'.

During the meeting, Vladimir Putin invited his French counterpart to visit Russia in 2020 to participate in special events commemorating the 75th anniversary of the victory in WWII.

Putin also expressed his gratitude to Macron for his invitation to attend the Paris Peace Forum, adding he would endeavour to attend it.

"I'm very grateful for the Paris Peace Forum invitation and I'll try to take this opportunity. In my turn, I want to invite you to take part in celebratory events dedicated to the 75th anniversary of the victory in WWII," the Russian president stated.

This year's G20 summit is the first meeting of the bloc's leaders hosted by Japan. The leaders are expected to discuss the global economy, trade and investment, innovation, environment and energy, as well as women’s empowerment, employment and health.