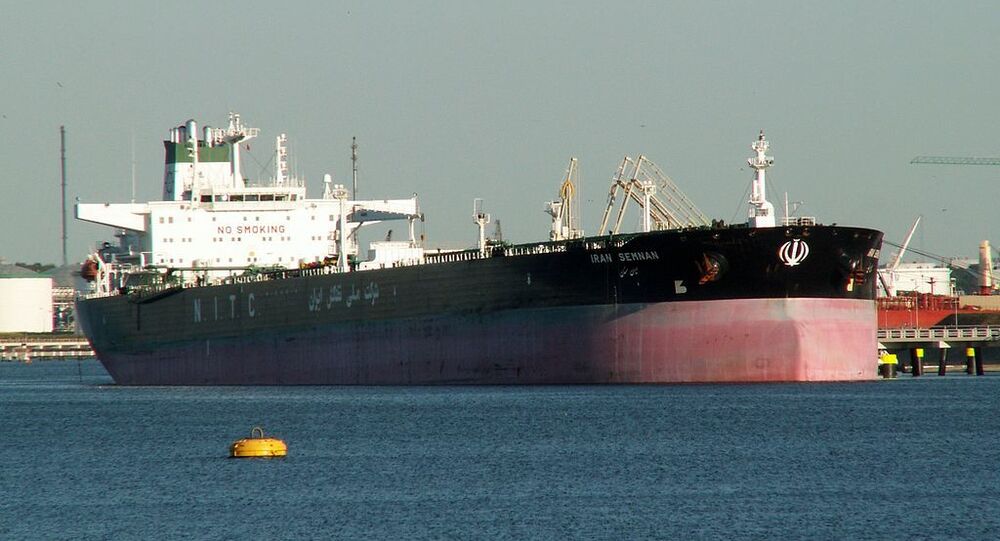 US Threatens to Impose Sanctions on Any Imports of Iranian Oil

The move comes after the US imposed new sanctions on Iran last week, citing the Islamic Republic’s “hostile conduct”. The sanctions specifically targeted Iran's Supreme Leader Ayatollah Ali Khamenei and those “close to him” in a bid to cut them off from any financial sources, as well as eight senior members of the Islamic Revolutionary Guard Corps.

US Special Representative on Iran Brian Hook has pledged to slap sanctions on any imports of Iranian crude oil.

“There are right now no oil waivers in place. We will sanction any illicit purchases of Iranian crude oil”, Hook told reporters in London.

He warned that Washington would tighten sanctions on the Islamic Republic “until it decides to be a normal state”.

He also vowed that the US would “take a look” at media reports about Iranian crude being delivered to China. According to Hook, the US is considering denying Iran $50 billion in oil revenue.

Accusing Iran of repeatedly rejecting diplomacy, Hook at the same time recalled that US President Donald Trump has more than once stressed that he would hail a possible call from Tehran.

The remarks come after The Washington Times cited data that it claimed was from TankersTrackers.com as reporting that the Iranian oil tanker Salina docked at China’s Jinxi Refining and Chemical Complex near Beijing this week, apparently defying US sanctions on Tehran's exports. There was no immediate word on the report from Chinese officials.

"If INSTEX [Instrument in Support of Trade Exchanges] fails to meet Iran’s demands within the framework of the nuclear deal, we will take the next steps more decisively”, Mousavi pointed out.

He added that “the implementation of the EU's trade mechanism has been delayed due to some lack of commitments”.

This followed a statement by Iranian government spokesman Ali Rabiei that the US move to slap sanctions on Iran’s Supreme Leader Ayatollah Ali Khamenei is essentially a "direct attack to a nation".

Rabiei added that if the US goes ahead with the threatened sanctions against Foreign Minister Javad Zarif, it will indicate that Washington is in fact not interested in any negotiations, despite its claims.

On 24 June, the US imposed new "hard-hitting" sanctions on Iran over its alleged “hostile conduct”. US President Donald Trump tied them to the downed US drone incident over the Strait of Hormuz at first, but later revealed that they would have been rolled out eventually anyway.

New sanctions targeted Iran's Supreme Leader Ayatollah Ali Khamenei and those "close to him", as well as 8 senior members of the Islamic Revolutionary Guard Corps. On the same day, US Treasury head Steven Mnuchin announced that Iranian Minister Javad Zarif will also be targeted with sanctions later in the week.

The US-Iranian ties have been tense since Trump announced Washington’s withdrawal from the Iran deal, also known as the Joint Comprehensive Plan of Action (JCPOA), on 8 May 2018, when the US president also signalled the US’ readiness to reinstate anti-Iranian sanctions.

Exactly a year later, Tehran said that that it would partially suspend its obligations under the JCPOA, in a move that was followed by the US slapping more sanctions against the Islamic Republic and sending an aircraft carrier strike force to the Middle East to send what US National Security Adviser John Bolton described as “a clear message” to Iran.