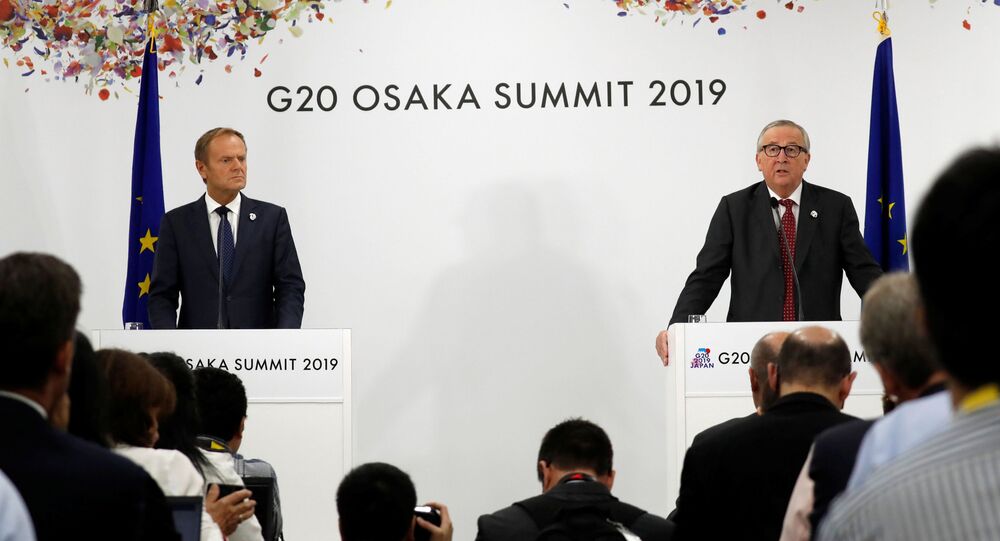 In the interview, Vladimir Putin argued that liberal ideas are no longer supported by the majority of the people in Western nations and that public has turned against immigration, open borders and multiculturalism.

Juncker said, in a playful manner, that he had jetlag “but this was not a sufficient reason to read the interview”. Instead, he added, he used this time to read a communique, which he normally doesn’t write himself.

His comments came in response to EU President Donald Tusk, who joked at the same press conference that the jet-lag had allowed him to read the entire interview.

Russian President Vladimir Putin told the Financial Times on Thursday that liberals “cannot simply dictate anything to anyone just like they have been attempting to do over the recent decades”.

He opined that liberalism is “obsolete” and has “outlived its purpose” because it had come into conflict “with the interests of the overwhelming majority of the population.” He also praised the surge in populist sentiment in Europe and America, saying that ideas like multiculturalism were "no longer tenable".

Although Russia’s president, in the same interview, also warned of an increasingly fragmented world and the perils of nuclear arms race following the US exit from the INF treaty, Donald Tusk opted to pick on Vladimir Putin’s thoughts on liberalism.

Tusk, a well-known defendant of the much-touted Western values who has attacked right-leaning politicians such as Donald Trump and Viktor Orban, claimed the suggestion that liberalism is obsolete could imply that “freedoms are obsolete, that the rule of law is obsolete and that human rights are obsolete".

"We are here as Europeans also to firmly and unequivocally defend and promote liberal democracy,” he told reporters.

The statement came ahead of a two-day G20 summit that kicked off in Osaka, Japan on Friday. The world leaders are gathering at a time when nations appear to be deeply divided over trade, protectionism, climate change, and an array of other thorny issues.

While Vladimir Putin is not expected to meet with Tusk in Osaka, he will have a brief meeting with Jean-Claude Juncker on the sidelines of the summit.
Putin and Juncker will discuss the current EU-Russia relationship, international agenda and economic matters.