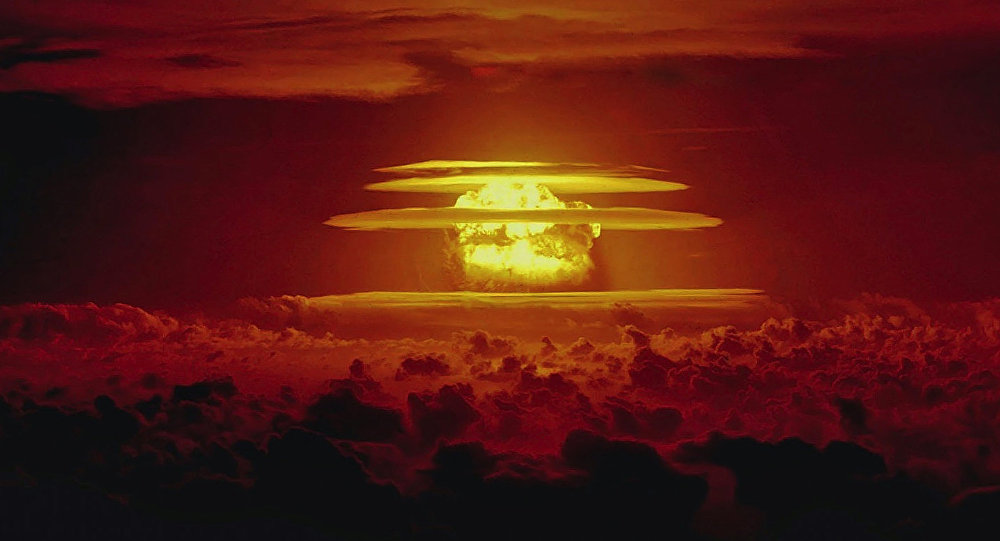 A recent poll of US citizens found shocking support for a preemptive nuclear strike against North Korea, with one-third of all respondents endorsing it. Supporters of US President Donald Trump were “particularly likely” to support a nuclear strike.

The US is the only country to have ever used nuclear weapons in war - two bombings of major Japanese cities in August 1945 killed over 200,000 Japanese civilians. If a new poll conducted by YouGov and the Bulletin of the Atomic Scientists is any indicator, the American appetite for what the pollsters called “atomic attraction” still burns as bright as a mushroom cloud.

The online February poll asked 3,000 Americans about six possible scenarios for a nuclear exchange between the United States and the Democratic People’s Republic of Korea (DPRK), with variables including the probability that Pyongyang would be able to retaliate to a US strike and the deaths the two sides would suffer, both civilian and military.

While two-thirds of the respondents wouldn’t support a preemptive attack on North Korea if it had a missile capable of delivering a nuclear weapon to US shores, nearly one in three would.

“For many of these hawks, support for an attack, even in a preventive war, does not significantly decrease when the story says that the United States would use nuclear weapons that are expected to kill 1 million North Korean civilians,” authors Alida Haworth and Scott Sagan of Stanford University and Benjamin Valentino of Dartmouth College wrote in a report on the study.

“As we have previously found, the US public exhibits only limited aversion to nuclear weapons use and a shocking willingness to support the killing of enemy civilians,” they wrote.

The poll was conducted by giving respondents one of six fake news stories about a “surprise North Korean missile test” and the responses being weighed by Pentagon brass and White House leaders, then asking them about how they would respond to that course of action:

The six scenarios were:

Respondents were asked whether they would prefer to carry out the attack scenario presented as well as if they would approve of such an attack, regardless of their preference, if the US president ordered it. They were also given the opportunity to explain their preference or approval in their own words.

“In all of the preventive war scenarios, the majority of respondents preferred not to strike, instead of launching a large-scale US conventional or nuclear attack,” the study found.

However, in the sixth scenario, when a US Navy ship was attacked first, 52% preferred and 59% approved of a massive US conventional retaliation against North Korea -  a phenomenon the authors dubbed “rallying around the flag.” 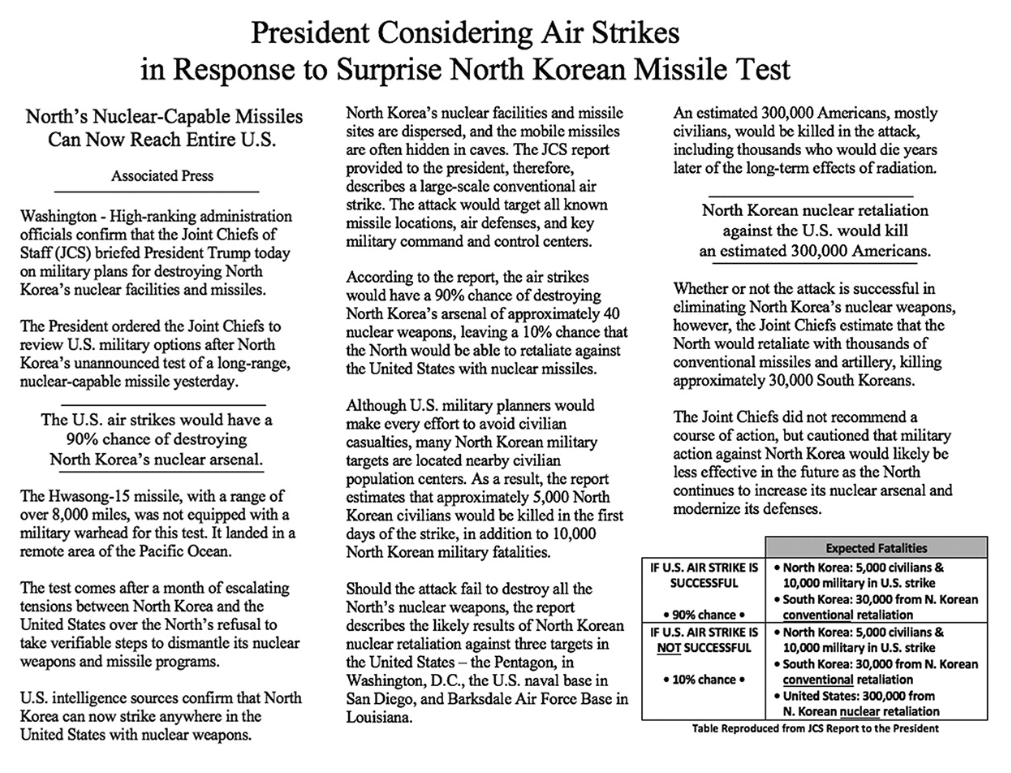 Finally, respondents were asked whether they favored or opposed US President Donald Trump, the death penalty and whether they believed in the effectiveness of the US missile defense network.

Those who felt the death penalty was an appropriate punishment for convicted murderers were also more comfortable with a US attack on DPRK. “Such a belief may reflect the retributive nature of some respondents, which existing research has found to increase willingness to support the use of torture and war,” the authors said.

However, “the most disturbing finding in the poll appears in the US nuclear strike scenarios,” they said. When the number of North Korean casualties increased from 15,000 to 1 million, pro-death penalty respondents increased their support for the attacks by 11%.

The responses provided by these persons are illuminating: “It’s our best chance of eliminating the North Koreans,” one said. Another simply stated they supported the attacks “to end North Korea.”

For those who opposed the death penalty, their approval of the strikes fell as the death toll rose, from 26% to 7%.

“The polls also highlight, for better or worse, a strong retributive streak in US public opinion,” the scientists wrote, “and the data confirm that some Americans lack any sense of a nuclear taboo, and some appear to hold a kind of atomic attraction.”

“The results also display how poorly informed the public is about nuclear weapons, missile defense, and North Korea,” the report noted, calling for “a renewed effort at mass public nuclear education.”