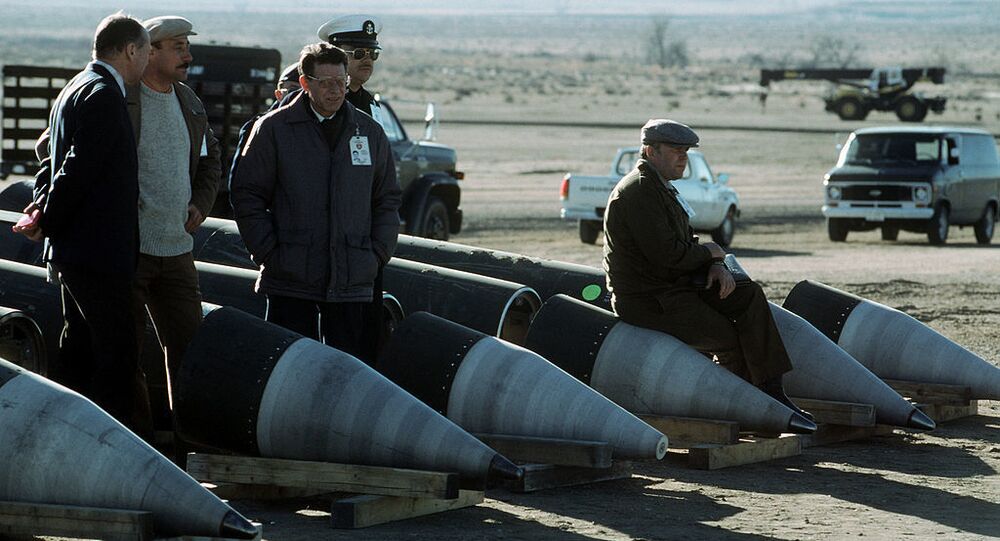 INF Treaty 101: The Basics of the Ailing US-Russia Nuclear Pact

The treaty, signed over three decades ago, witnessed in excess of 2,500 intermediate-range nuclear weapons destroyed by its participants, with mutual inspections and satellite observations employed to ensure compliance.

In October 2018, US President Donald Trump announced that his country is going to withdraw from the INF Treaty, citing Russia's alleged violations of the agreement, with Moscow denying these allegations and, in turn, arguing that it's Washington who is breaching the terms of the deal.

As the landmark pact agreed over three decades ago rapidly approaches its end, set to expire on 2 August, it might be worthwhile pausing and taking a look at the actual agreement to better understand what its demise means for the world.

Where It All Began

The Intermediate-Range Nuclear Forces (INF) Treaty was signed by then-US President Ronald Reagan and Soviet Secretary General Mikhail Gorbachev on 8 December 1987, and was subsequently ratified on 1 June the following year.

The treaty bans its participants from owning, manufacturing or testing ground-based ballistic missiles with ranges from 500km to 5,500 km, as well as launchers for said missiles.

All weapons which matched this criteria had to be destroyed, and a mutual inspection protocol was established for the parties to control the process.

The ban, however, did not extend to airborne or naval-based weapons.

Also, each of the parties was allowed to withdraw from the treaty via a six-month notice period "if it decides that extraordinary events related to the subject matter of this Treaty have jeopardised its supreme interests".

By 1 June 1991, a deadline stipulated by the treaty, over 2,500 weapons prohibited by the pact were destroyed by the US and the USSR.

And while onsite inspections aimed at ensuring the parties' compliance with the treaty ended in 2001, satellite observation was later employed to perform that function.