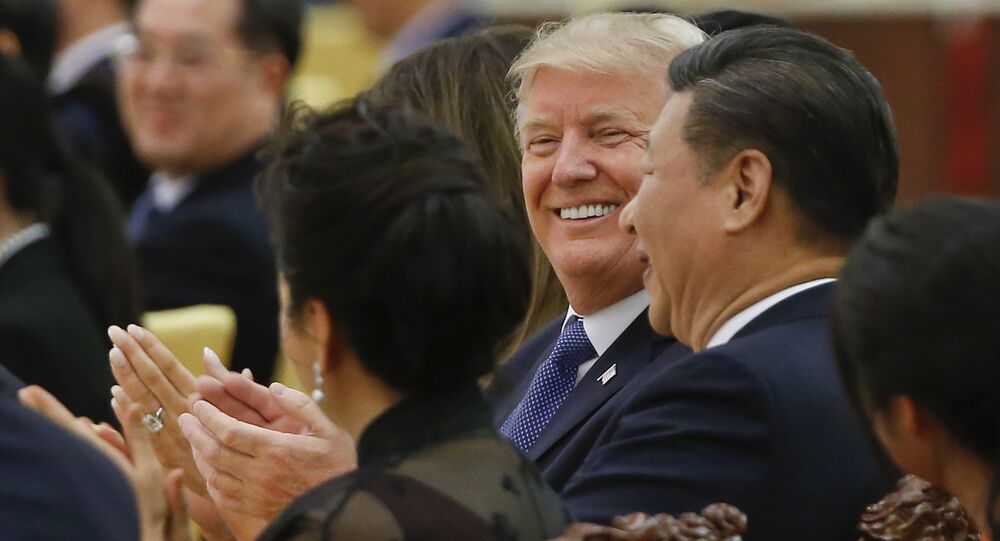 WASHINGTON (Sputnik) - US President Donald Trump is ready to put tariffs on an additional $300 billion of Chinese imports if the United States and China fail to reach a trade agreement, Commerce Secretary Wilbur Ross told CNBC on Monday.

"We will eventually make a deal, but if we don’t, the president is perfectly happy with continuing the tariff movements that we’ve already announced, as well as imposing the new ones that he has temporarily suspended," Ross told CNBC at the Paris Air Show.

Ross downplayed the potential that an agreement could be reached at the G20 summit in Osaka, Japan, later this month.

"We hope there will be a conversation, but G20 environment is not one where you are going to negotiate a 2,500-page agreement," Ross said.

Trump has said he will meet with Chinese President Xi Jinping on the sidelines of the G20 summit, scheduled for 28-29 June, where they are expected to discuss the bilateral trade dispute.

The United States and China have been trying to overcome disagreements that emerged in the wake of Trump’s decision last June to impose the 25 per cent tariffs on $50 billion worth of Chinese goods in a bid to fix the trade deficit. Since then, the two sides have exchanged several rounds of duties.

The United States escalated the dispute in May when it included another $200 billion worth of Chinese goods in the 25 per cent tariff category. China pledged to retaliate by hiking tariffs on $60 billion worth of US imports in June.