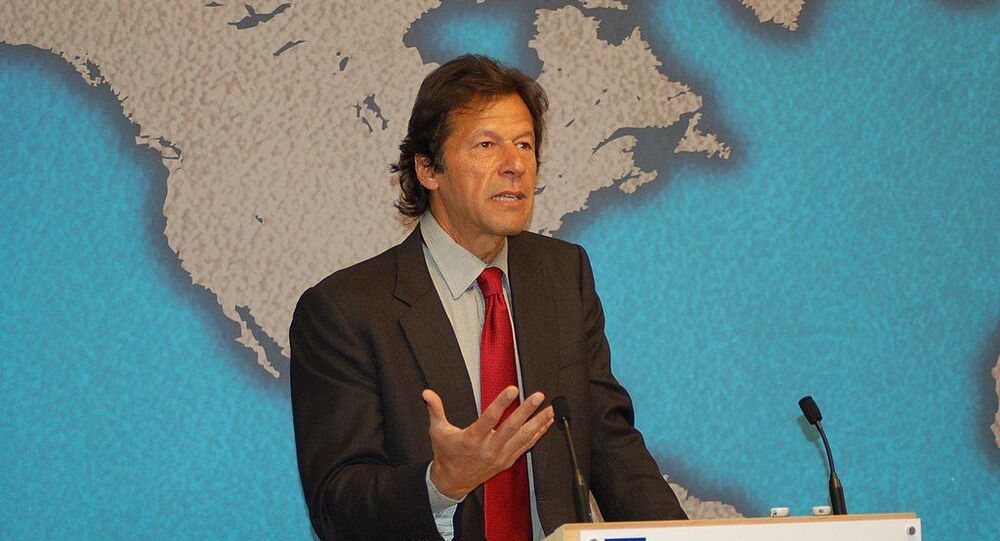 ISLAMABAD (Sputnik) Valentina Shvartsman - Nuclear powers should not look at military options as potential solutions to their arguments and should instead work through them via dialogue, Pakistani Prime Minister Imran Khan told Sputnik in an interview.

Contacts between the people of Pakistan and India will only be able to improve if the governments of the two countries want to take steps in this direction, Imran Khan said.

The prime minister cited the Kartarpur corridor for the Sikh community as "a great initiative from Pakistan."

The proposed border corridor would allow Sikh pilgrims to visit the gurdwara, a place of worship, in the Pakistani commune of Kartarpur without a visa.

Imran Khan added that he was hoping that his Indian counterpart, Narendra Modi, would use his mandate to resolve the two countries’ differences and improve their relationship.

"Our main difference with India is Kashmir. And if the heads of two countries resolve, if two governments decide, this issue can be resolved. But, unfortunately, we have not had much success from India so far. But we hope now that the current prime minister has one big mandate, we hope that he will use this mandate to develop better relationship and bring peace in the subcontinent," Khan said.

Modi’s Bharatiya Janata Party won 303 seats in the 545-seat lower house of parliament in the Indian general election this spring.

YouTube: Shiv Aroor
India's Extended Range BrahMos Missile Hits Target Amid Tensions With Pakistan
Khan then mentioned that the upcoming summit of the Shanghai Cooperation Organisation (SCO) could be an opportunity to speak to the Indian leadership.

"It will be an opportunity to speak to the Indian leadership during this SCO conference," the prime minister said.

He remarked that the SCO was helping improve Pakistan’s relationship with all other member states, which include China, India, Kazakhstan, Kyrgyzstan, Russia, Tajikistan and Uzbekistan.

"Previously, Pakistan’s orientation was more towards the West. Now Pakistan is looking to diversify, find new markets or different relationships with those countries, which we had very nominal relationships [with] before. The SCO countries provide us [with] these fresh outlets and developing our relationship with these countries. And that means, of course, India as well because at the moment our bilateral relationship with India is probably at its lowest point," Khan said.

The summit will be held in Kyrgyzstan’s capital of Bishkek from June 13 to June 14.