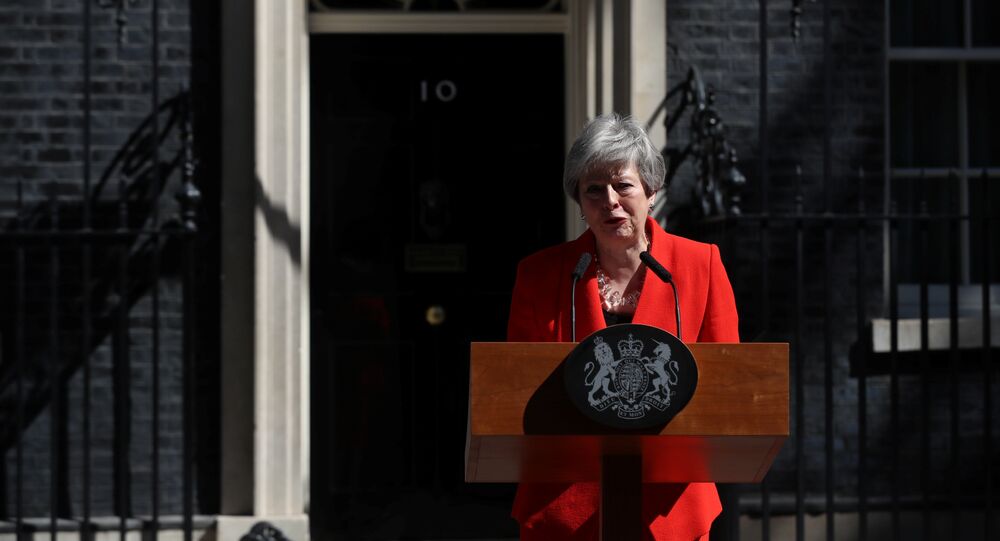 Watch Your Back! The History of Tory Leadership Contests as 10 Contenders Square Up

There will be ten candidates for the Tory leadership contest after Science Minister Sam Gyimah withdrew at the last minute. All 312 Conservative MPs - including caretaker prime minister Theresa May - will be voting in the first round on Thursday.

Boris Johnson remains the favourite to win the contest to become the next leader of the Conservative Party, a role which in 2019 comes with it the job of prime minister.

​On Thursday, 13 June, there will be a first round of voting among MPs and candidates will need to get at least 17 votes to stay in for the second ballot on 18 June.

After the last round on 20 June the final two contenders will make it onto a ballot paper which will be circulated to the Conservative Party’s 100,000 members and the winner will finally be announced next month.

Theresa May remains as caretaker prime minister until then and the process of Britain leaving the European Union remains in limbo while the Tories choose a new leader.

The Tory party can trace its origins back to 1642 and the English Civil War but before 1965 the choosing of its leader was carried out behind closed doors in smoke-filled rooms with few women in sight.

​Even Benjamin Disraeli - the great Tory statesman of the 19th century - was chosen in this way.

The Conservative Party was dragged kicking and screaming into the modern era when the Prime Minister, Harold Macmillan, was forced to resign in the wake of the Profumo Affair in 1963.

Macmillan, 69, resigned and his successor Alec Douglas-Home was chosen ahead of  Rab Butler and Quentin Hailsham, who were the early favourites but made blunders during the party conference.

​Douglas-Home was an ineffective leader and, struggling with a faltering economy and a balance of payments deficit, he was defeated by Harold Wilson’s Labour Party in the 1964 general election and resigned soon afterwards.

In 1965 Douglas-Home introduced plans for his successor and all future Conservative Party leaders to be chosen by a ballot of MPs. 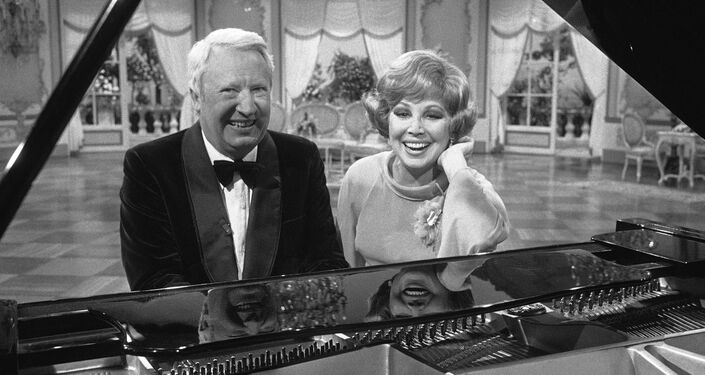 © AP Photo
Former British Prime Minister Edward Heath and West German opera singer Anneliese Rothenberger pose sitting at a piano during an interval in shooting for a Television show in Hamburg, West Germany on May 17, 1977.

To succeed on the first ballot a candidate had to obtain more than 50 percent of the vote and be 15 percent clear of the second placed candidate.

In July 1965 Edward Heath, won 150 votes against 133 for Reginald Maudling and 15 for maverick Enoch Powell.

Although Heath was not 15 percent clear of Maudling, the latter conceded defeat after the first ballot. 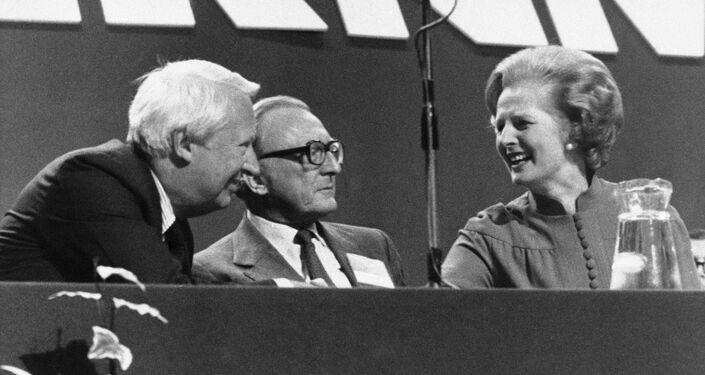 Heath became prime minister in 1970 but lost two general elections in 1974 and was challenged the following year by Margaret Thatcher, who wanted to smash the power of Britain’s trade unions and boost private enterprise.

In February 1975 Thatcher - whose only previous claim to fame when as Education Secretary she had cut free milk from schools, winning her the nickname “the Milk Snatcher” - won 130 votes compared to 119 for Heath and 16 for Hugh Fraser.

Heath conceded defeat and bowed out but Thatcher had not won more than 50 percent of the votes and so there was a second ballot.

This time Thatcher was challenged by Willie Whitelaw, a war veteran and ally of Heath, but she won by 140 votes to 79 and soon began to transform the party in her image.

Thatcher would dominate the political landscape for 15 years but in December 1989 she was challenged by Sir Anthony Meyer, a "stalking horse" who was testing the water for other candidates, notably Michael Heseltine.

The Prime Minister won easily - 314 votes to 33 - but the knives were out for her and it was only a matter of time before Thatcher would be ousted as her popularity waned, mainly due to her stubborn refusal to back down on the poll tax.

​In November 1990 she was challenged by Heseltine - whose press nickname was “Tarzan” - and although she won the first ballot by 204 votes to 152 she had suffered the political equivalent of a mortal wound and resigned immediately afterwards.

But Heseltine - a Remainer, who was suspended by the Tories last month after vowing to vote Liberal Democrat in the European elections - had made many enemies among Thatcherites and also on the Eurosceptic wing of the party.

So when it came to the second ballot his vote actually fell to 131 and Thatcher’s Chancellor, John Major, won the contest with support from 185 MPs and Douglas Hurd trailed in third with 56.

​Europe would continue to be a problem for the Tories throughout the 1990s and Major struggled to maintain power amid the growing power of the Eurosceptics, who were goaded by anti-EU articles written by the Daily Telegraph’s Brussels correspondent - a certain Boris Johnson.

In 1993 a TV microphone picked up Major describing three of his Cabinet colleagues as "bastards" and two years later he fought off a challenge from renowned Eurosceptic John Redwood - by 218 votes to 89.

Major was swept from party in 1997 by Tony Blair and Labour’s election landslide and the Tories were to spend 13 years in opposition.

After Major resigned a ballot was held for the leadership with former Chancellor Ken Clarke - a Europhile who is still in Parliament - winning 49 votes, just ahead of William Hague on 41 and Redwood on 27.

​Two others - former Home Secretary Michael Howard and Peter Lilley - dropped out after getting 23 and 24 votes.

In the second round Clarke remained just ahead of Hague - 64 to 62 - but when Redwood was eliminated his votes, which were largely from the Eurosceptic wing, went to Hague and he won by 92 to 70.

In 1998 the new leader set out a series of principles in a document called The Fresh Future, which became known as the Hague Rules, at the heart of which was the importance of party members making the ultimate decision.

So when Hague stepped down after defeat in the 2001 general election there was the usual ballot of MPs which, after a close run contest, led to the final two being picked - Ken Clarke and Iain Duncan Smith.

​Duncan Smith was an unmitigated disaster as leader and when, in October 2003, the chairman of the 1922 committee received 25 letters demanding a vote of confidence he was forced to do so and Duncan Smith lost by 90 to 75.

The Tories’ election prospects were so poor that only one nomination was received for the ensuing leadership contest - Michael Howard.

Howard promised to submit his "coronation" to ratification by the wider party membership, but this never happened and Howard duly led the Tories into another election defeat at the hands of Tony Blair in 2005.

After Howard quit there was a feeling in the party that new faces and a younger generation were required if the Tories were to regain power.

David Cameron, a former Etonian who had only been elected to Parliament four years earlier, topped the MPs’ ballot with 90 votes compared to 57 to David Davis and 51 to Liam Fox.

Cameron became Prime Minister in 2010, as head of a Conservative/Liberal Democrat coalition and was re-elected in 2015, this time jettisoning the Lib Dems and promising a referendum on leaving the European Union - which became known as Brexit.

Remaining in the EU was thought to be a foregone conclusion of the referendum but the electorate did not read the script and when they voted by 52 percent to 48 percent to leave, Cameron fell on his sword sparking a short but bloody leadership contest.

Boris Johnson - who had campaigned for Leave - was again the favourite to win until his erstwhile ally Michael Gove stabbed him in the back and withdrew his support, saying: “Boris cannot provide the leadership or build the team for the task ahead.”

His ship holed below the waterline, Johnson scuttled his own leadership campaign and sulked for several months, furious at Gove’s betrayal.

Gove’s leadership bid would ultimately fail - he got only 48 votes in the second ballot on 7 July 2016, lagging behind Theresa May on 199 and Andrea Leadsom on 84.

May and Leadsom were all set for a party members’ ballot until the latter was interviewed by a Sunday newspaper and appeared to suggest she would make a better prime minister because, unlike May, she had children.

She apologised and withdrew, leading to May become the prime minister.

May’s disastrous tenure finally ended on 24 May 2019 when she gave in to massive pressure from her MPs to resign.

​Ironically the coup de grace was inflicted by none other than Leadsom, who resigned as Leader of the House of Commons on the eve of the European elections, saying she could not support May’s latest hare-brained Brexit deal.

What drama lies in store in the 2019 leadership contest?

Only time will tell.