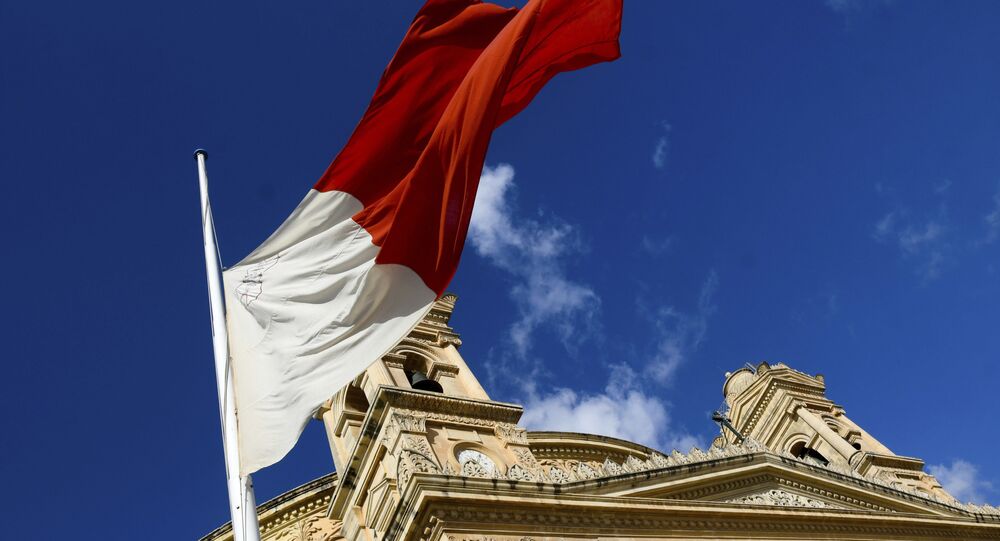 Europe's Most Wanted: Fugitive Faces Extradition From Malta to UK Over Brutal Murder 16 Years Ago

Operation Captura - led by Britain’s National Crime Agency and Crimestoppers has tracked down 84 out of 96 fugitives since it was launched in 2006. The latest was Christopher Guest More, who was found on the island of Malta.

A British fugitive who spent 16 years on the run will appear in court in the Maltese capital, Valletta, on Monday, 10 June.

Christopher Guest More junior, 41, was detained on a European Arrest Warrant in the town of Swieqi on Malta’s north coast on Thursday night.

Guest More had been on the run since 2003 when he fled Britain in the wake of the murder of Brian Waters, who was tortured and beaten to death at a remote farm in Cheshire where he had been growing cannabis.

​Maltese journalist Mario Cacciottolo said: “Swieqi is a busy residential area, popular with expats. He would have blended in well as it’s full of Brits. He was hiding in plain sight, by the sound of it.”

Graham Roberts, regional manager at the National Crime Agency, said: “We are utterly delighted that after almost 16 years on the run, hiding from law enforcement, Christopher Guest More Jnr has been arrested and will now have to return to the UK.

Mr Roberts added: "We have waited a long, long time for this moment. We were never going to give up in the hunt. Other fugitives should really look at this and remember how tenacious UK law enforcement is."

Mr Razak was beaten and strung up by his feet and lowered into a barrel of dirty water.

Mr Waters was then beaten with canes and chains, a staple gun was used on his body and head and molten plastic was poured over his body. He was then strung up by his feet and and sexually assaulted with an iron bar.

Mr Waters’ terrified children, Gavin and Natalie, were tied up and forced to watch him being tortured.

James Raven, 43, an undercover TV reporter from Bury, and commodities dealer John Wilson, 54, from Glossop, were jailed for life while two other men were acquitted. Otis Matthews, 27, was jailed for life after a retrial.

The trial heard Mr Waters was tortured with a staple gun over a drug debt he owed Wilson.

Sentencing Raven and Wilson, Mr Justice Poole said: "These crimes were exceptionally sadistic. The violence used was both gratuitous and extreme and was characterised by the humiliation and degradation of Brian Waters before he died. With its overtones of greed, sadism and torture, this was a very serious case."

Guest More, who was then 25, had worked as an undercover reporter for various TV shows.

He was thought to have fled to Spain after Mr Waters’ death and his arrest in Malta came as a surprise.

Guest More is also wanted for the attempted murder of Mr Razak, and imprisonment and assault of several others.

Cheshire Constabulary renewed its appeal for information on Guest More in April, when he was added to Europe’s Most Wanted list.

Assistant Chief Constable Matt Burton, from Cheshire Constabulary, said: "Our determination to find Christopher Guest More Jr has not faltered and, over the years, we have remained committed to locating him."