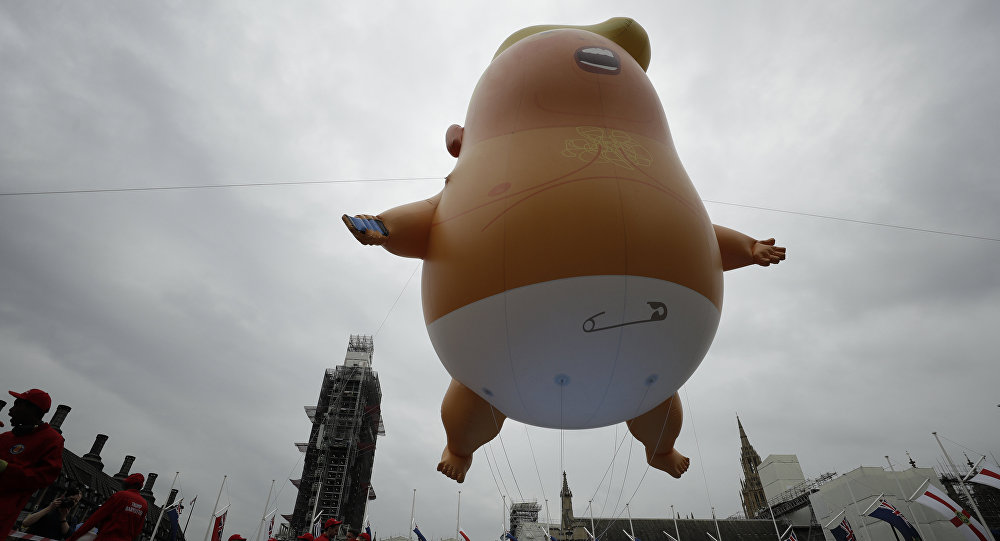 The US president arrived in Ireland for a three-day visit on 5 June, and held a meeting with Irish Prime Minister Leo Varadkar in Shannon, southwest Ireland speaking about the UK's European Union exit and the Irish border.

Anti-Trump protests will take place across Ireland with the most massive expected to take place in Dublin. The Trump "Baby Blimp" balloon is also expected to fly over the city just two days after it was present at similar protests in London.

"A lot of people would be very critical of President Trump, including me on occasions, on issues around climate, for example, on his opposition to free trade, on the criticisms that he has made of the European Union, on issues such as women’s rights. I have the opportunity, as I’ve had in the past, to raise these issues with him in person", he said, adding "but I understand that other people will wish to do so by means of protest. And in a democracy, protest is allowed and is welcome".

About a hundred people reportedly turned out to protest the arrival of President Trump at the entrance to Shannon Airport on 5 June.

READ MORE: Trump's First Visit to Ireland: 'The Beast', The 'Blood', The Protests 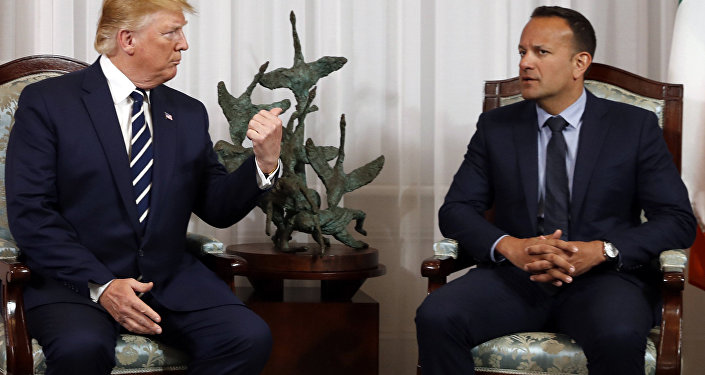 © AP Photo / Alex Brandon
Trump's First Visit to Ireland: 'The Beast', The 'Blood', The Protests
While the US president is being welcomed in the small County Clare town of Doonbeg where he owns a hotel and golf course, in 2017, a poll found that 82% of Irish people have an unfavourable view of Trump.

Trump's state visit to the United Kingdom a few days earlier had a few tumultuous moments, starting with protests in the streets and ending with the US president's remark suggesting that "everything" including the National Health Service (NHS) could be part of a future US-UK trade deal, sparking a determined rebuttal from the Health Secretary.

Ireland Braces for Wave of Protests Ahead of Donald Trump's Visit

Trump's First Visit to Ireland: 'The Beast', The 'Blood', The Protests