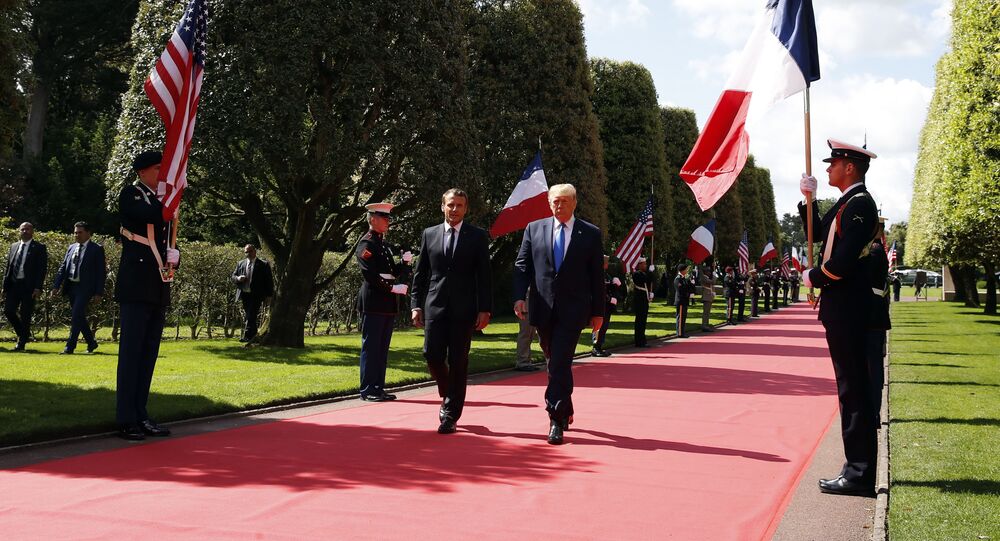 MOSCOW (Sputnik) - French and US presidents, Emmanuel Macron and Donald Trump, have arrived at the World War II commemoration ceremony at the Normandy American Cemetery in Colleville-sur-Mer in northern France.

The two presidents and the first ladies greeted one another and proceeded to shake hands with D-Day veterans, as shown on the White House live feed.

Trump and Macron will also participate in a bilateral meeting to reinforce the close economic and security cooperation between both nations.

The Trumps attended a D-Day ceremony in the United Kingdom earlier this week.

© AFP 2021
British Soldier Drowns While Preparing For 75th Anniversary of D-Day
On 6 June, 75 years ago, the Allied forces landed on the Northern coast of France launching the liberation of France which was occupied by the Nazi forces at the time.

D-Day, or the Normandy landings, was the largest seaborne invasion in history that took place on June 6, 1944, during World War II and was carried out by the Western Allies. D-Day marked the beginning of the liberation of German-occupied France and the opening of the second front.