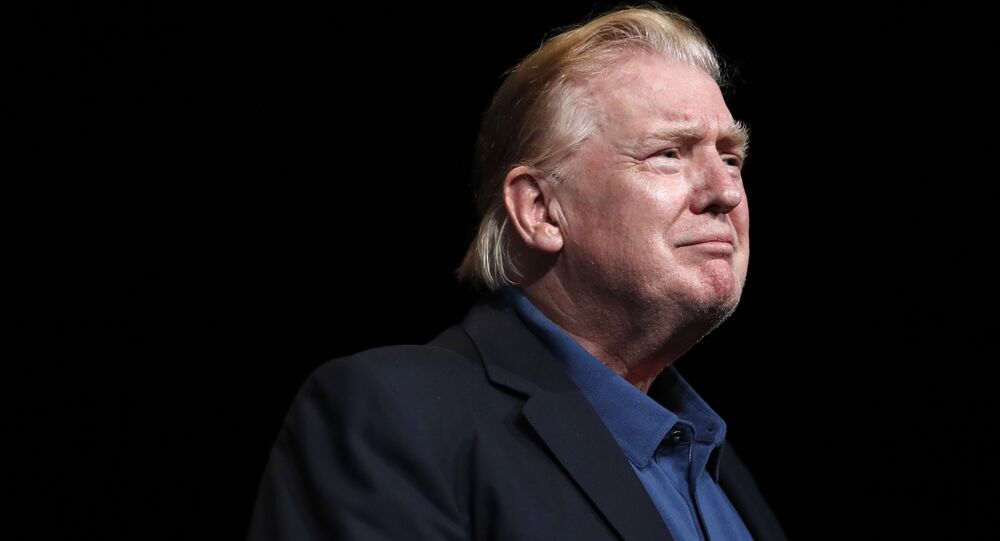 Earlier, Russia's ambassador in Caracas refuted claims made by US media over the weekend that Russian defence giant Rostec had made significant cuts to its presence in the Latin American country recently.

President Donald Trump has taken a break from his ongoing state visit to the UK to tweet about the current situation in Venezuela, claiming that Moscow informed the US about having "removed most of their people" from the country.

Russia has informed us that they have removed most of their people from Venezuela.

Russian officials are yet to respond to the US president's claims. However, earlier on Monday, Russian Ambassador to Venezuela Vladimir Zaemsky refuted claims made by The Wall Street Journal on Sunday that Russia had significantly pared down the numbers of Rostec staff working in the country in recent months.

The Russian state-owned defence and high-tech conglomerate, which has regularly sent technical experts to Venezuela to deliver military equipment and provide technical and maintenance assistance over the years, stated on Monday that the US newspaper had overestimated the number of Rostec employees working in the Latin American nation "by dozens [of] times."

Moscow has deployed military specialists to Venezuela over the years under contracts for the supply of Russian-made weapons systems. These contracts, which include agreements for a range of modern Russian equipment, from helicopters and fighter jets to armoured vehicles and air defence batteries, were signed before the escalation of the political and economic crisis facing the country earlier this year.

Last month, President Trump spoke by phone with Russian President Vladimir Putin on a range of issues, including Venezuela, telling reporters afterwards that the Russian leader would "like to see something positive happen for Venezuela," and that he was "not looking at all to get involved" in the country.

In late January, just weeks after Maduro's inauguration for a second term, Venezuelan opposition lawmaker Juan Guaido proclaimed himself the country's 'interim president', receiving immediate recognition from the US and its allies. Russia, China and a host of other countries voiced support for the Maduro government, and urged outside powers not to interfere in Venezuela's internal affairs. Caracas has characterised Guaido's efforts to usurp power as a "failed" foreign-backed coup attempt.