BEIJING (Sputnik) - The US allegations of Beijing stealing intellectual property has no factual grounding, according to a white paper on US-Chinese trade and economic consultations published by China's State Council on Sunday.

China, however, welcomes and respects voluntary cooperation in technology between Chinese and foreign companies, which are based on market principles, according to the white paper.

"China's economic development has benefited from international transfer and spread of technology. Owners of these technologies have also benefited from this process," Beijing added, arguing that historical records confirmed that the country’s achievements in science and technology had not been stolen or forcibly taken from others but achieved thanks to the country's own efforts and hard work. 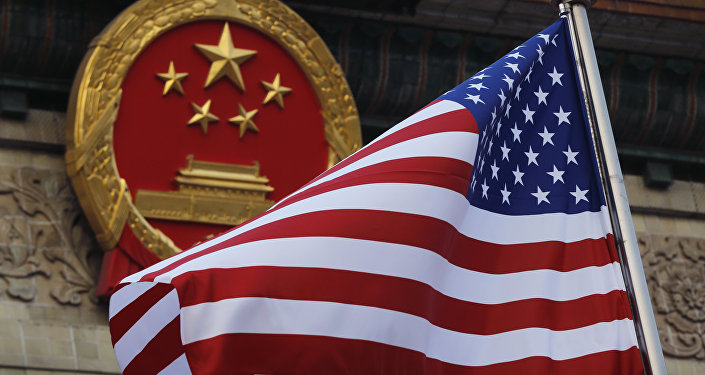 © AP Photo / Andy Wong
Cooperation Only Right Choice to Solve US-China Trade Dispute – White Paper
The latest round of the US-Chinese trade talks ended in mid-May without an agreement. The United States then claimed that Beijing had broken the deal and swiftly increased duties from 10 percent to 25 percent on Chinese imports worth about $200 billion. Beijing retaliated by hiking tariffs on $60 billion worth of US imports starting from June 1.

For nearly a year, the two countries have been entangled in a trade war, with Washington accusing Beijing of technology theft and other unjust trade practices to advance its high-tech sector and to build military and economic capabilities. Last year, the United States even filed a relevant appeal with the World Trade Organisation.