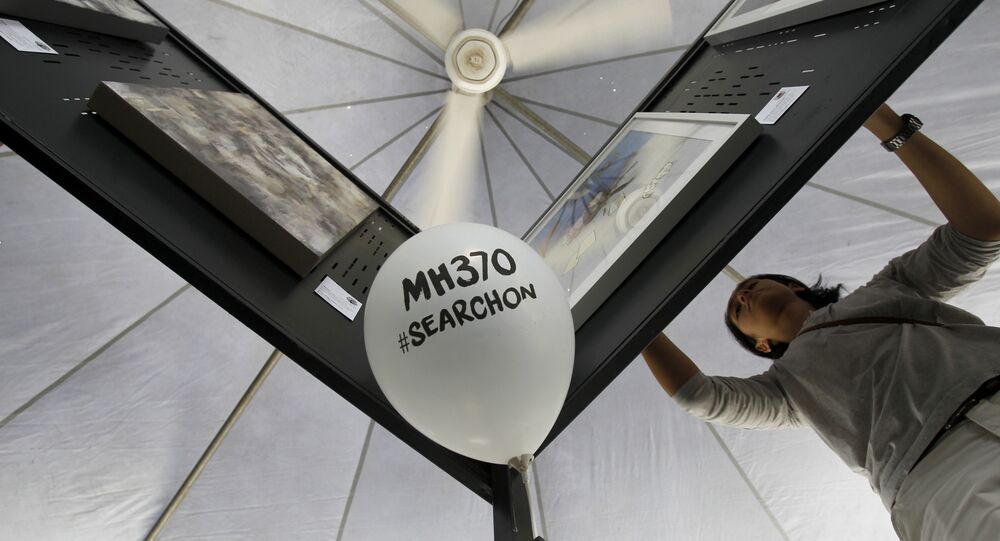 It is still unknown why the fateful flight made a detour while en route to Beijing and carried over two hundred souls on board toward their demise somewhere in Indian Ocean. Investigators found that the jet's controls were likely "deliberately manipulated" to take it off course but failed to identify those responsible − if anyone.

An MH370 hunter has suggested that the jet fell victim to an accident rather than a sinister plan, and that the findings of Malaysian investigators contain "shards of new information" backing up her theory.

Christine Negroni, an aviation writer and journalist who has devoted years to the MH370 tragedy, suggested that the pilots were caught off-guard by an uncontrolled decompression which affected their decision-making ability.

She said this gives an answer as to why the Boeing made a critical left turn over the South China Sea and later kept flying towards a remote part of the Indian Ocean.

"To me, that insensible action is a bright and shining clue that the pilots' actions were illogical because they were incapable of logical thought," she wrote in her blog in 2018, suggesting that first officer Fariq Abdul Hamid was left in charge of the aircraft after captain Zaharie Shah left the cockpit − perhaps, for a bathroom break.

"My scenario is that the plane depressurised at 35 thousand feet," Negroni continued. "The first officer, alone in the cockpit, put on his emergency oxygen mask but failed to get 100 per cent oxygen under pressure which would be required to restore his intellectual acuity."

She added: "Instead, with the insidious feeling of well-being that characterises hypoxia − or oxygen starvation − the pilot turned the plane back toward Kuala Lumpur.  He knew there was a problem but didn't have the brain processing power to act appropriately. This explains why he turned in one direction then another before passing out as the plane headed into the world's most remote sea."

Christine Negroni theorised in her 2016 book on aviation disasters, The Crash Detectives, that the first officer attempted to rescue the flight by landing it at Malaysia's Langkawi Airport, from which he graduated, but failed to do so due to oxygen deprivation.

"By 1:52 a.m., Fariq had taken the plane back across Malaysia and to Penang. Here he made yet another decision explicable only by a hypoxia-induced, half-witted state. He turned the plane north. Perhaps he had the intention of landing at Langkawi International Airport, where he'd learned to fly," she wrote.

In July 2018, Malaysian investigators assumed in a lengthy final report that all the evidence was pointing to the plane being under manual control, and that it was deliberately flown off course to its demise.

At the same time they had no idea who was behind the tragedy, saying that "unlawful interference by a third party" may have been the case.

The lack of clarity about the tragedy has spawned plenty of theories. Some claim that the plane was brought down by a battery explosion, while others say the tragedy was orchestrated by the captain in a bid to elope with his mistress.