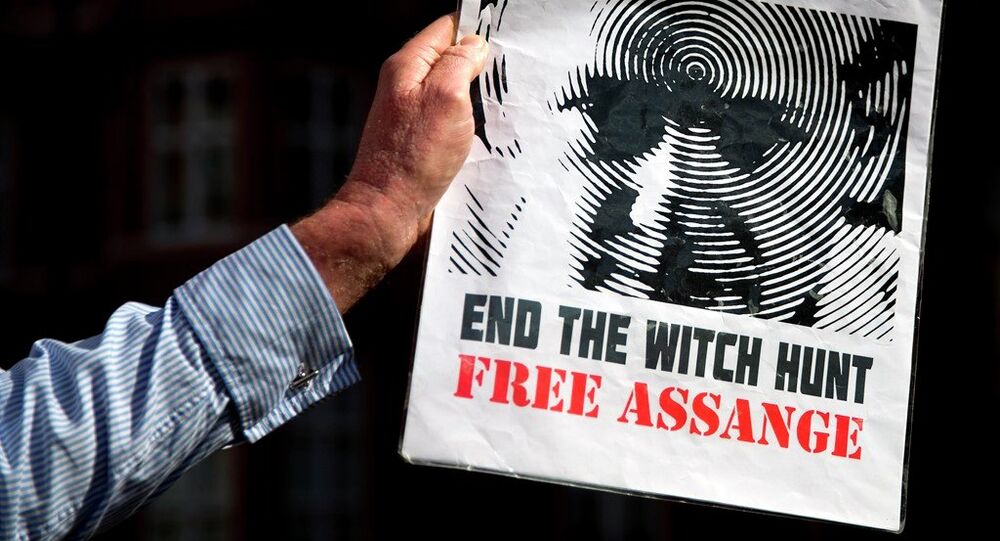 WikiLeaks issued a statement on Wednesday expressing "grave concerns" about Julian Assange, founder of the whistleblowing website, saying that his health "had already significantly deteriorated after seven years inside the Ecuadorian Embassy" and has continued to decline during the seven weeks he's been in London's Belmarsh prison.

There's overwhelming evidence that WikiLeaks founder Julian Assange, who has just been moved to the health ward of London's Belmarsh prison, has been exposed to psychological torture for years, says Nils Melzer, UN Special Rapporteur on Torture and Other Cruel, Inhuman or Degrading Treatment or Punishment.

"Mr Assange showed all symptoms typical for prolonged exposure to psychological torture, including extreme stress, chronic anxiety and intense psychological trauma. The evidence is overwhelming and clear. Mr Assange has been deliberately exposed, for a period of several years, to progressively severe forms of cruel, inhuman or degrading treatment or punishment, the cumulative effect of which can only be described as psychological torture".

“Julian Assange showed all the symptoms that are typical for a person that has been exposed to prolonged PSYCHOLOGICAL TORTURE!” ⚠️

Melzer, who visited Assange in prison, said that he's concerned about further mistreatment of the jailed journalist in the event of his extradition to the United States, where he is wanted for leaking a trove of classified government docs in 2010:

"My most urgent concern is that, in the United States, Mr Assange would be exposed to a real risk of serious violations of his human rights, including his freedom of expression, his right to a fair trial and the prohibition of torture and other cruel, inhuman or degrading treatment and punishment", the expert explains.

"Mr Assange's health had already significantly deteriorated after seven years inside the Ecuadorian embassy, under conditions that were incompatible with basic human rights. […] During the seven weeks in Belmarsh his health has continued to deteriorate and he has dramatically lost weight. The decision of the prison to move him to the health ward speaks for itself".

The whistleblowing website went on to condemn the refusal by a Swedish court investigating the 2010 sexual assault allegations made against Assange to postpone his 3 June hearing due to the defendant's poor health.

On Thursday, Assange was reported to be feeling too unwell to attend an online hearing at Westminster Magistrates Court. The court has to decide between two extradition requests: either the United Kingdom should hand him over to Sweden or to the United States, where he could face up to 175 years in jail for his alleged role in exposing classified data.

© Sputnik / Demond Cureton
Assange Supporters Protesting in London: 'The Americans Only Want His Head'
The WikiLeaks founder, who was arrested in the Ecuadorian Embassy in London on 11 April after Quito revoked his asylum status, is currently serving a 50-week sentence in the UK for jumping bail back in 2012 and taking refuge in the Ecuadorian diplomatic premises in a bid to escape extradition to Sweden, where he was accused by two women of sexual assault in a case, which was later dropped, and then potentially to the US.

The United States, which is now seeking Assange's extradition and has already indicted him on 18 charges related to the leak of classified national defence files, has until June 12 to provide UK authorities with necessary documents on the case. Swedish prosecution announced in mid-May that the investigation into sexual assault charges against the WikiLeaks founder would be reopened as well.

The Australian-born journalist has vehemently denied the allegations, stressing that the sex was consensual, and insisted that the case was politically motivated because it emerged shortly after WikiLeaks dumped US docs.