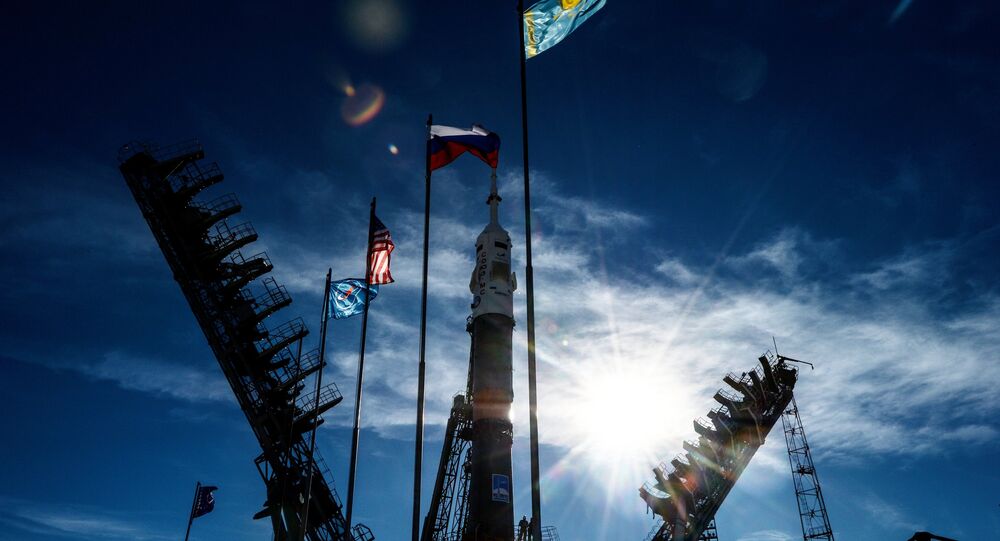 Pentagon to Prohibit Cooperation With Russia in Space Launches - Document

Russian State Space Corporation Roscosmos on Thursday condemned the Pentagon’s decision to ban the use of Russian carrier rockets for launching US spacecraft considering this move as a clear sign of unfair competition.

"The Roscosmos State Corporation condemns this decision by the US Defense Department and considers it as another manifestation of Washington’s unfair competition on the international space services market," Roscosmos press service said.

It was earlier reported that the US Department of Defense (DoD) will start implementing a ban on certain commercial satellite services from Russia after 2022, a document scheduled to be published in the Federal Register on May 31 revealed on Thursday.

"DoD has adopted as final, without change, an interim rule amending the Defense Federal Acquisition Regulation Supplement (DFARS) to implement sections of the National Defense Authorization Act for Fiscal Years 2017 and 2018," the document said.

© CC0
Russia Ready to Hold Dialogue to Keep Space Free of Arms - Moscow
According to the document, the new restrictions will be applied to the acquisition of certain foreign commercial satellite services and launch vehicles starting from 31 December 2022.

Besides Russia, the list of countries that fall under the term "covered foreign country" includes China, North Korea, Iran, Sudan, and Syria.

Last November, National Aeronautics and Space Administration (NASA) Director Jim Bridenstine said that the relationship between Russia and the United States in the arena of space remained as strong as it had ever been despite occasional disputes.

The senior official noted that NASA wanted to keep that relationship with Roscosmos strong.

Despite the crisis in bilateral relations over the course of the past years amid disagreements on a number of global issues, including Syria and Ukraine conflicts, as well as the probe into the alleged collusion between the Trump campaign and Russia, space has remained an area of fruitful cooperation of the two countries.