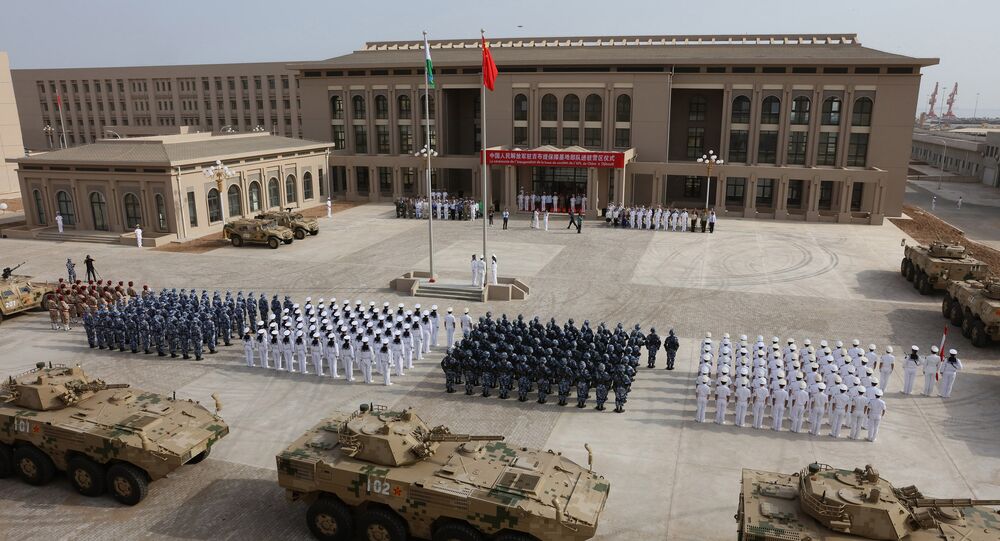 Beijing maintains a commercial and military presence in Djibouti, located south of the Bab-el-Mandeb strait that connects the Red Sea with the Indian Ocean; the tiny country is also home to the sole enduring US military outpost on the continent.

China's increasing military presence in Africa is seen as disturbing in Washington, with Pentagon officials airing concerns that Asia's biggest economy is gaining the upper hand in winning regional allies.

"They (China) have upped their game, in plain language, and ultimately they are offering things that our partners want, that our partners need," an official with US Africa Command (AFRICOM) told CNN. "In places, we have concerns we are being out-competed."

The comments referred to China's expansion in Djibouti, a tiny country located at the southern entrance to the Red Sea, close to one of the world's busiest trading routes.

Djibouti hosts the United States' only permanent military base in Africa, called Camp Lemonnier, a hub for the US spying network and counter-terrorism operations in Africa.

Although Djibouti, a haven of political stability in a turbulent region, has plenty of foreign bases, it is Beijing's growing presence in the country that has Pentagon hawks on edge.

In 2017, the Chinese People's Liberation Army (China's armed forces) opened its first overseas support base in Djibouti, nearly 10 kilometres away from Lemonnier.

The Pentagon warned in a 2019 annual report to Congress that China is expected to build on its success in Djibouti. More Chinese bases will come "to establish overseas logistics facilities that would further extend and sustain regional and global air operations", the report said.

But for the time being, it is China's base in Djibouti that has raised particular concerns among US commanders, given that the well-armed outpost is located close to a critical seaport, which the 4,000-strong Lemonnier contingent heavily relies on.

Last year, AFRICOM commander Gen. Thomas Waldhauser warned Congress that two out of five terminals in the port were already under Chinese control, and now the fear is that China could cut off US access to the port someday.

"It's no secret that roughly 98% of the logistics support for Djibouti, as well as Somalia and East Africa, come through that port," Gen. Waldhauser noted. "That port is one of five entities in the overall Djiboutian port. And so, our access there is necessary and required."

He also told the House of Representatives Armed Services Committee that "if the Chinese took over that port, then the consequences could be significant."

A lack of strategic trust between Washington and Beijing is what has been defining their relations in the past year.

The Trump administration has accused China of stealing US commercial software and technology and laid the groundwork for blocking American companies from doing business with Chinese telecom firms.

Huawei Technologies, a tech giant which Washington claims is being financed by China's military and spying on behalf of the government, has become the most recent target of the campaign to choke off Chinese firms.

Moreover, ahead of last year's mid-term election, Donald Trump claimed at a UN meeting that China was trying to "meddle" in the vote in retaliation for his hard-line stance on trade.

Last June, Trump slapped stiff import tariffs on $50 billion worth of Chinese goods, ostensibly in a bid to fix the disturbing trade imbalance. Beijing responded in kind, and the trade dispute has since spiralled down into a trade war, with the two world powers exchanging several rounds of massive trade duties.

Trade talks are underway but have showed no signals of a compromise so far. On 9 May, Trump said China "broke the deal" and increased tariffs on a whopping $200 billion of Chinese imports, with Beijing going ahead with retaliatory tariffs on $60 billion worth of US goods.